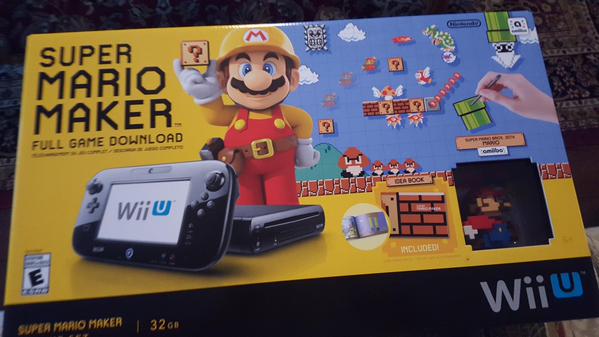 END_OF_DOCUMENT_TOKEN_TO_BE_REPLACED

Nintendo announced their new portable console, which is called “The New 3DS.”

When I first heard the name I thought it would just be another slight variant, like the 3DS-XL or the 2DS. Once I heard that it’s the actual next step in Nintendo’s portable console scene and games made for it won’t be backwards-compatible with The Old 3DS, I checked to see if it was April 1st already. To my surprise, it is not.

I probably don’t have to say that this is a bad idea. This is a spectacularly bad idea. This feels like the culmination of all of Nintendo’s bad ideas for the past decade or two. Here’s why.

END_OF_DOCUMENT_TOKEN_TO_BE_REPLACED

So, Nintendo decided that gay people don’t deserve a place in their life simulator.

For those of you that don’t keep up with immediate gaming news, Nintendo released a game in Japan called Tomodachi Life, which seems to basically be their answer to The Sims. They designed a system within the game wherein men can marry women, and vice versa. Upon release players found a bug that allowed them to marry people of the same gender, but once Nintendo caught wind of it, they “fixed” it by disallowing gay marriage altogether. Fans demanded that they reverse the “fix” and allow gay marriage, both in the Japanese version and in the upcoming North American release, but Nintendo recently stated that they will not do so.

I will admit that I wasn’t terribly interested in Tomodachi Life to begin with, but recent events have made me decide that I’m not buying it. I mean, I wasn’t necessarily planning on virtually marrying someone of the same gender as my Mii, but it’s a matter of principle. I’m angry at Nintendo over their statement.

“The relationship options in the game represent a playful alternate world rather than a real-life simulation. We hope that all of our fans will see that Tomodachi Life was intended to be a whimsical and quirky game, and that we were absolutely not trying to provide social commentary.”

I’ve heard bullshit like this for years. “These games are just for fun! They’re not supposed to be taken seriously! Why does everyone have to analyze them like they’re part of some sort of agenda?” And since we’re still hearing it, I think we need to put more effort into explaining why that’s not how culture works.