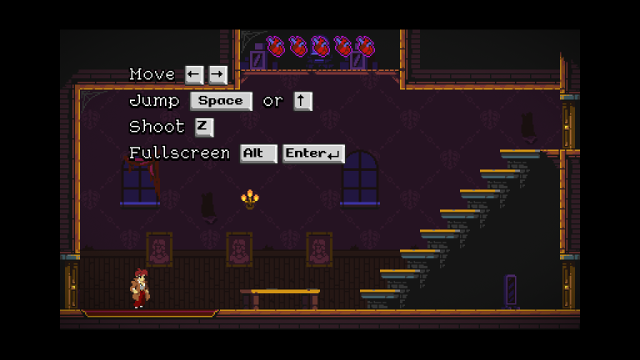 Welcome to my parlor, said the occult spider to the presumably-occult fly.

Based solely on the un-narrated events in the demo, the setup for Lore Finder is something like this: You play a paranormal investigator of mysterious and indistinct gender, as all good paranormal investigators should be. You enter a spooky house filled with spooky purple-robed cultists, set on uncovered some mystery or other. Then, things get progressively weirder fairly quickly. 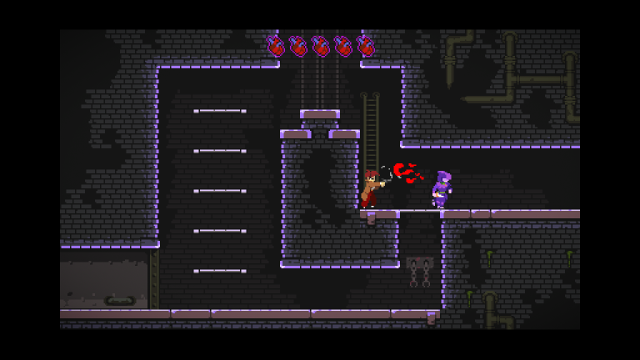 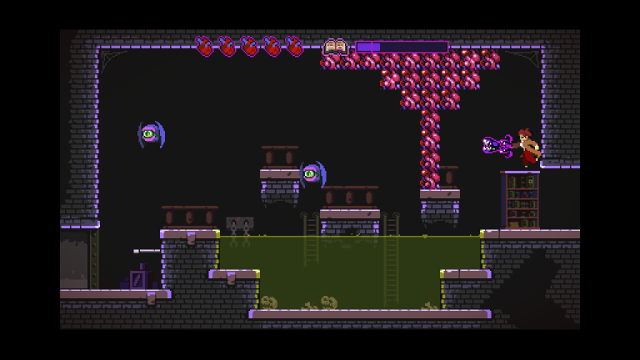 Gameplay-wise, Lore Finder (initially) presents itself as an exploration-driven metroidvania with very light player guidance. Here’s a house, here are some cultists, go mess things up. You start with a limited action set (JUMP and SHOOT GUN) in a limited play space populated with a limited set of enemies, and it’s up to you to discover where to go next. Find the right path and overcome the right challenges, and you’re rewarded with new tools or abilities that open up the world more. It’s a familiar formula, time-tested for no other reason than that it keeps working.

Where Lore Finder differentiates itself it how it cleverly blends theming and mechanics, even from very early on. You won’t be surprised to hear there’s more going on in this house than just fashionable cultists with knives, and as with any good horror property, the gradual uncovering of the mystery is the point — the name ‘Lore Finder‘ is aptly chosen. But uncovering the mysteries in Lore Finder is a mechanical thing as well as narrative. Your ‘upgrades’ and abilities are mystical powers and scraps of lore, and finding these changes the world in meaningful ways: The first upgrade you’re intended to find literally serves that purpose, changing the graphical representation of the house to show that things aren’t always what they seem. 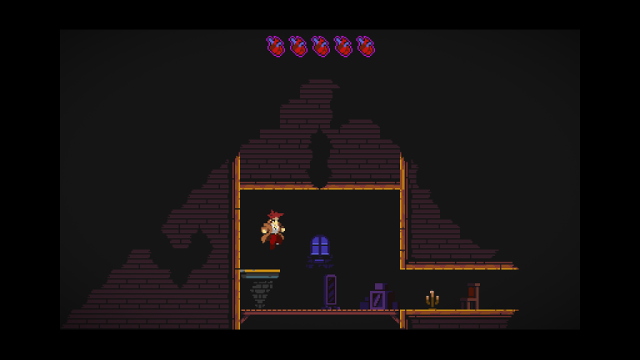 If your eyes are still closed, this attic won’t look like much to you. 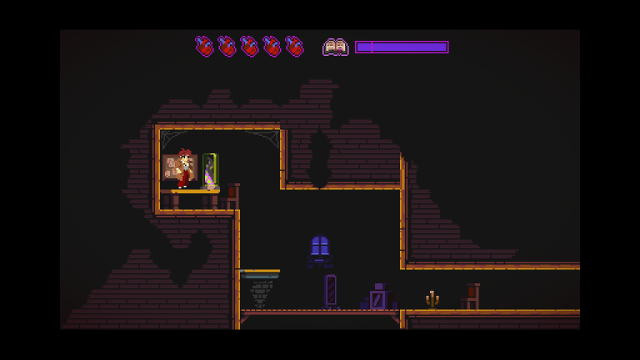 But once you know how to *look*…

Finding upgrades at once unveils paths you never knew existed, and gives you the tools to open them, organically playing into the metroidvania idea of a gradually expanding world in a way that fits the theme very well. But knowledge can be dangerous. You won’t just see cool new pathways: As your eyes open to the other world, you’ll start seeing enemies and dangers you were never aware of — and now they’re aware of you, too. 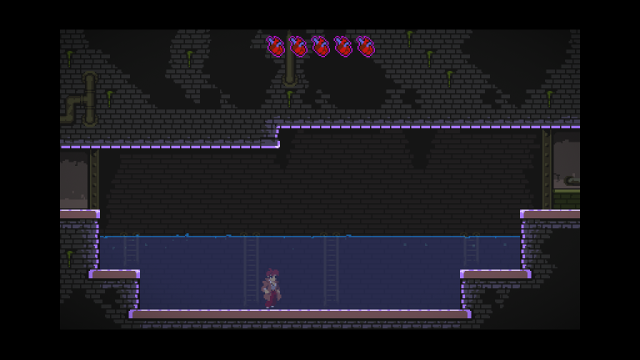 Sometimes, ignorance can literally be bliss. See this water? 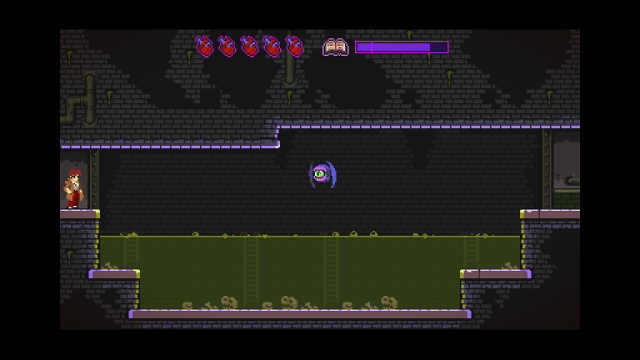 I bet you wish you’d kept your third eye closed by now.

Knowledge can change you, too. 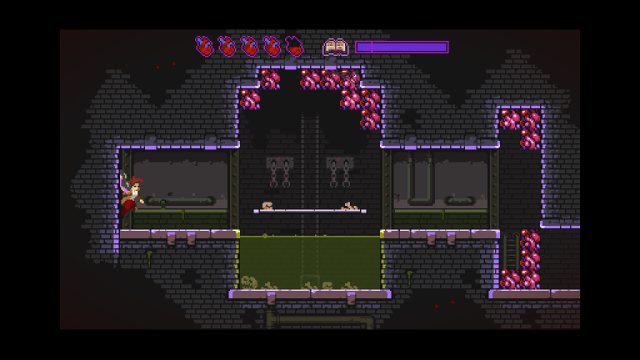 The demo does a great job of highlighting Lore Finder‘s strengths: Its audiovisual and narrative atmosphere and theme, its blending of mood and mechanics, and even its flexibility — it’s possible to enter areas before you’re supposed to and sequence break the game in at least one point, and the way the mechanics allow for this makes me believe that’s intentional. It’s short, ‘sweet’, and to the point, and it left me hungry to play more — and isn’t that what any Kickstarter demo should aspire to? It definitely got my name on the backer’s list, and for as little as ten American dollars, yours could be too. Normal Kickstarter warning apply, but Kitsune Games have successfully delivered games in the past and they’re obviously dedicated to making this one a success as well; barring exceptional circumstances, deo volente, ‘Kickstarter failure’ is probably not a thing you have to worry about.

‘Going mad by exposure to the forbidden knowledge of the occult’, on the other hand… 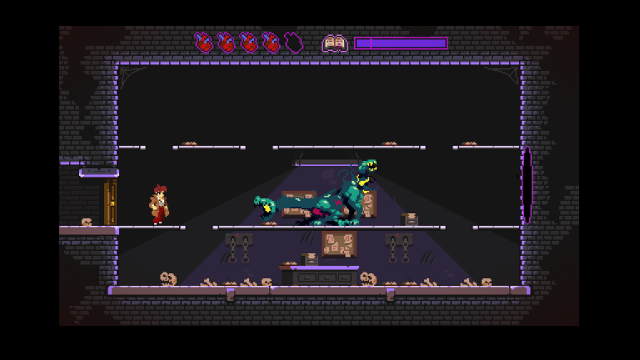 Jarenth is way too inured to academia to go mad from occult knowledge. Try our online scheduling system sometime if you want a real scare. Tell him about your own horror stories on Twitter or hang out with him on Steam. And if you dig Indie Wonderland and Ninja Blues in general, why not consider supporting our Patreon campaign?