Heya readers. I’ve had a bit of a busy week this week, what with me flying clear across the continental United States to meet some Dutch friends in Las Vegas and also chauffeur around a certain famous games messer upper for reasons that can best be described as ‘important’. I knew this was coming, and I’ve done my best to prepare for it, but now that Monday has landed I find my intended ‘full’ review isn’t quite in the place I’d like it to be.

Instead, I’m going to use this space to look at something completely different. I want to do a short flashback to a certain avant-garde game, an experiment in digital storytelling that took place before such experiments were commonplace and an interesting exploration in the affordances and limitations of a certain video medium.

Piqued your interest, has that? I’m going to ask you to close your eyes. No, it’s important, really. Close your eyes, lie down, and take a brief nap. Doesn’t have to be more than a minute. 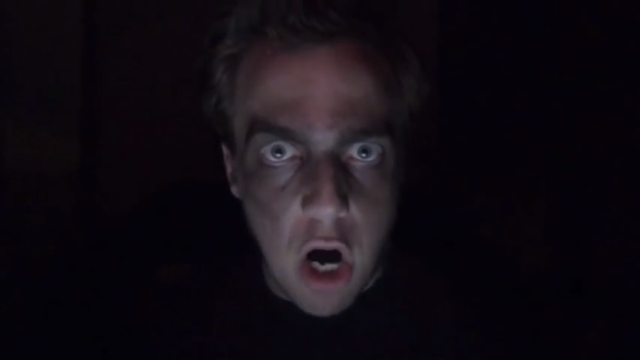 To find yourself in a DARK ROOM.

A series of unlisted videos collectively called The Dark Room was uploaded to YouTube early 2012 by UK comedian Mr. ‘The’ John Robertson. The conceit of the video-game is this: You, the player, have just awoken to find yourself in a dark room. This fact is shouted at you by the disembodied head of John Robertson, who crucially isn’t actually in the dark room with you. You don’t know why you’re in a dark room, or why the room is dark, or any of the other hundred questions you might have. You should probably try to get out.

Initially, the opening video is just a talking head. But after a few seconds, text annotations appear in the corners of the space. This is what makes The Dark Room a game, as well as very much an artifact of a YouTube that no longer exists: Players navigate ‘the dark room’ by using annotations to jump between unlisted videos. If you just woke up in the dark room, what do you do? Find the light switch? Go north? Go to sleep again? Or ask ‘why’ out loud, to nobody in particular? 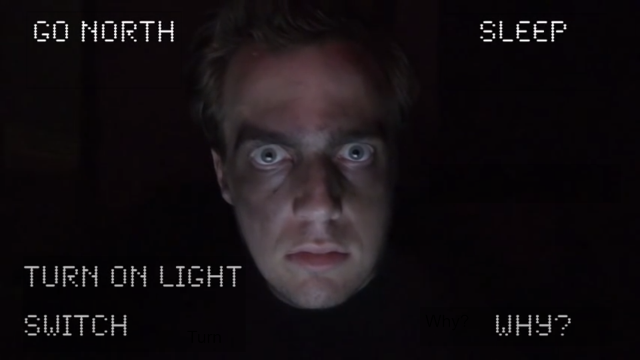 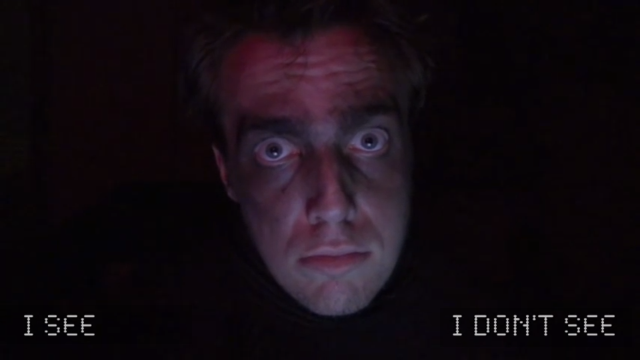 Bullshit you see! You’re in a dark room!

It looks and feels easy enough, and so the initial draw is that it’s straightforward to play — and that it’s really funny. The Dark Room‘s writing veers from straightforward snark to absurdist word play, and John Robertson’s delivery is incredibly: Forceful, but calm, with undertones of anger or exasperation or amusement depending what options you pick. Surprisingly for a dark room, the lighting also does great work: John’s facial lighting goes from neutral to red to limited depending on the demands of the scene. 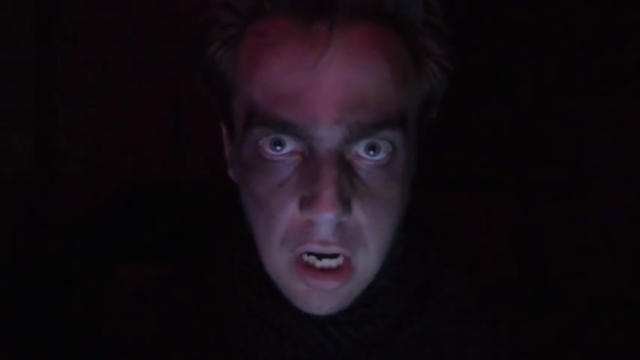 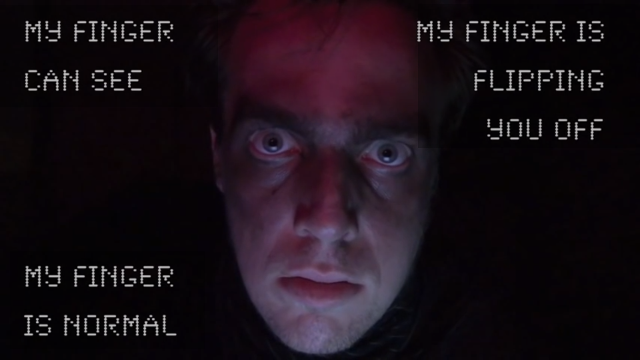 Sometimes the writing is flat-out absurd, as is the case with this line of questioning — can your finger see in the dark? 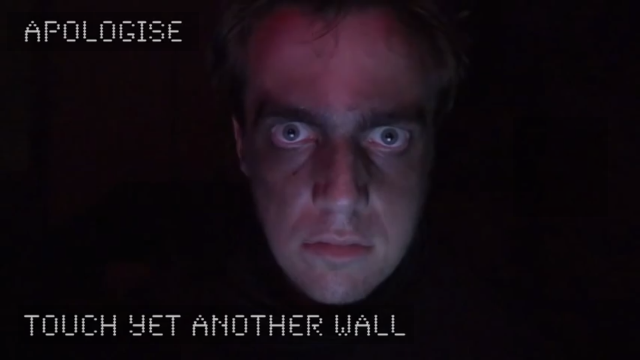 And sometimes it dips into the casually strange. Did you know walls are capable of respect?

It’s so well-written and funny, it’ll probably be a little while before you realize that The Dark Room is really hard. Here’s how hard it is: I haven’t actually beaten it yet. Here’s a real indication of how hard it is: When the game first came online, a cash prize was offered for the first person to actually beat it, reach the ‘real’ ending. When I found it, somewhere between several weeks and several months after launch, that cash prize hadn’t been claimed yet. I’m not actually sure it ever has been.

It seems easy enough, right? The Dark Room is essentially a point-and-click adventure game, so with enough time investment, you should be able to make your way through it. Just map out the entire possibility space. And, sure, in theory that is probably possible. But what makes The Dark Room so interesting is that it plays the possibilities afforded by YouTube, as well as with human psychology, to create a surprisingly difficult puzzle.

I won’t give away too much here, but consider this: The first time you click ‘Find the light switch’, you’re taken to a particular video. Fine, sure, you know that now. The second time you see that text, in a different video, it takes you to the first one again. The third time, again. So at some point you wise up: It seems like every instance of ‘Find the light switch’ points to the same admonishing video.

I’m not just saying, ‘maybe one of those links goes to a secret different video’. Maybe they do! But the thing with unlisted short videos is, it’s totally possible to upload the same one multiple times. And maybe attach different annotations to each of them. 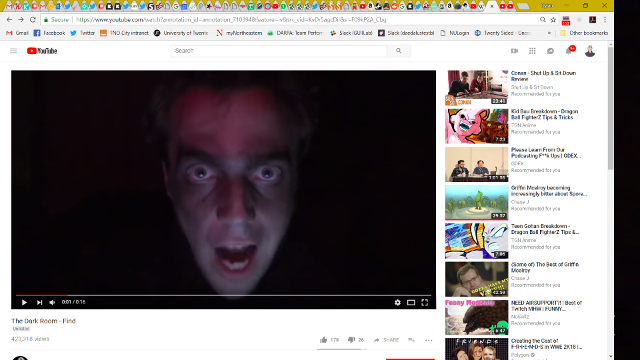 Is this the exact same video as the one below it? 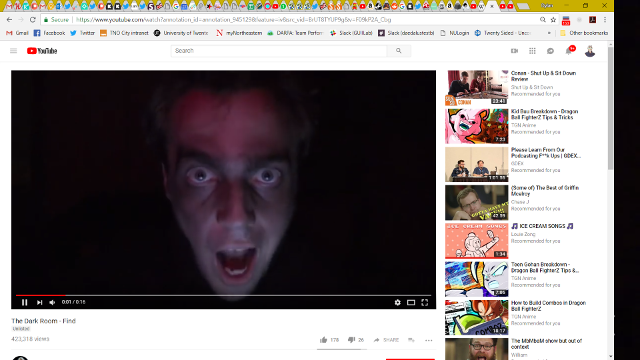 And would you think to look at the exact URLs while playing?

Can you imagine how tricky it would be to make your way through a video maze where identical videos might not be identical? Because I’m not saying that’s what The Dark Room does, but… 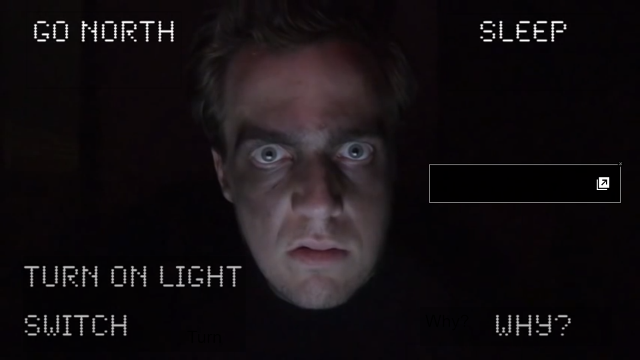 And that’s not all the tricks this game pulls.

Despite putting in the hours, I didn’t manage to beat The Dark Room. In part because later parts of it are eternally unfinished, and in part because — but that would be telling. Let’s just say that some thinking-outside-the-box is required. But maybe not in the way you think?

The Dark Room has stuck in my consciousness for years, both as an incredibly comedy experience and as an early exploration into the power of video game storytelling. John Robertson has actually made something of a career out of it, translating the initial success into multiple interactive games and even a running theater show. So if you ever wanted to actually awake in a dark room — it’s possible.

As for the classic game itself… If you Google for ‘The Dark Room‘ right now, you’re redirected to something of a placeholder opening. This one pretends to be the first game, but after your first selection upgrades itself into The Dark Room 2 — presumably The Darker Room. I’ve played that one for a little bit: It seems fine, and fun, but it isn’t the original Dark Room. Which, as far as Google is concerned, has disappeared off the face of the world.

Unless you know where to look. 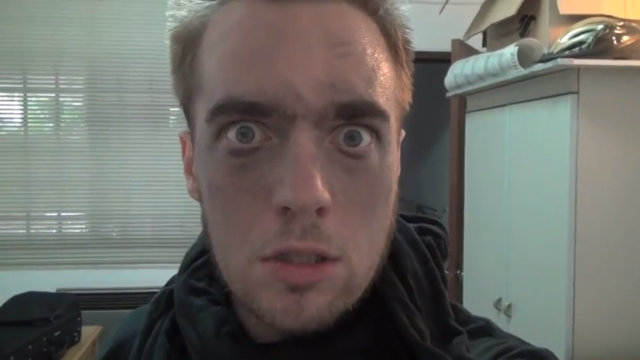 Keep going, and you too may one day see… the Bright Room.

Jarenth is wondering if he should tell you the degree that this game has influenced his whole Indie Wonderland shtick. Ask him to elaborate on Twitter or hang out with him on Steam. And if you dig Indie Wonderland and Ninja Blues in general, why not consider supporting our Patreon campaign?