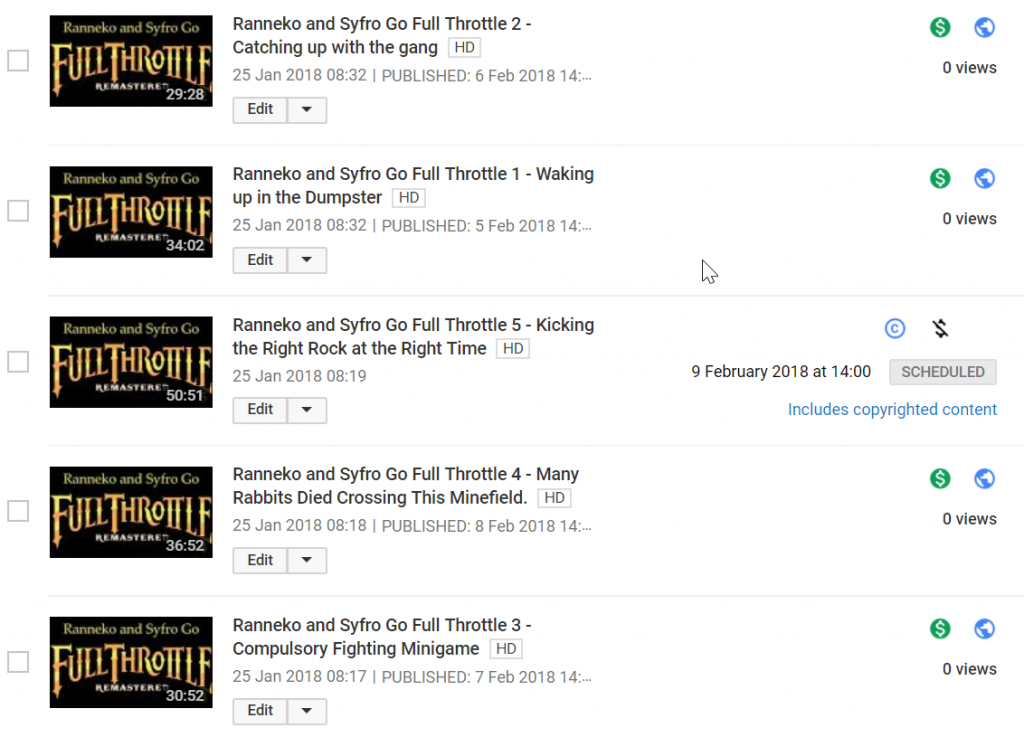 YouTube Link
Our time with Royal Tumble is brief, as the game, while charming, quickly grows fairly samey. It is fun to play around with occasionally, but not something you want to spend hours on.

YouTube Link
The first console series and the first series I have recorded from a hotel room. I really dug the first SteamWorld game when I played through it on the Vita and I have been saving SteamWorld Dig 2 for just this kind of occasion. They have spent a lot of time de-emphasising some of the more annoying elements from the first game, especially the consumables like teleporters and ladders.

YouTube Link
As mentioned on the front page, this was recorded with Syfro back in November. We were literally sitting in the same room as we worked our way through this classic point and click adventure.