Hello, everybody! I’m Ninjustin and I haven’t posted here in a long time, huh. Yeah, the streaming is going well, thanks for asking. I’ve got an exclusive Twitch emote and everything! But anyway, I’m posting here to announce that you may notice our Discord server, our Twitter account and/or this very website all have a new logo. 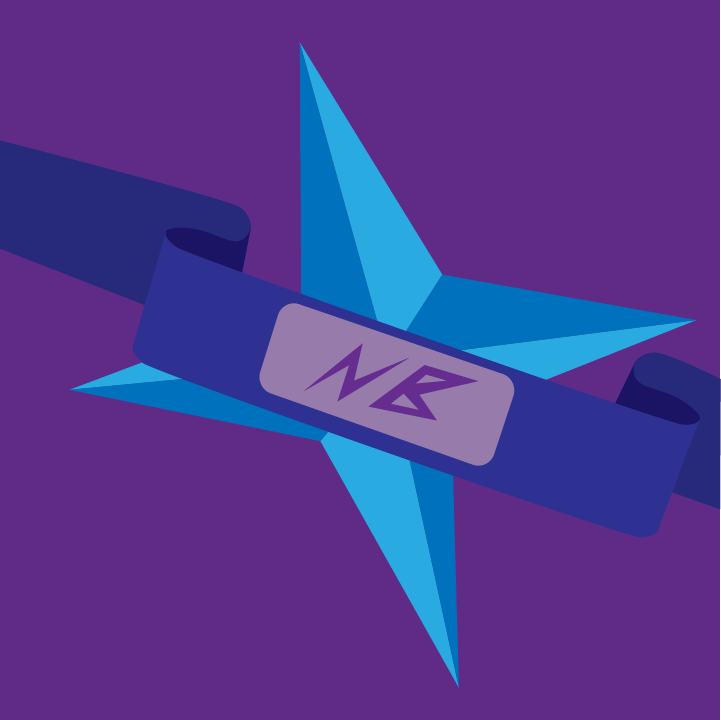 This was commissioned by our friend Flailmorpho, who makes lovely vector art that you can commission. We are looking into update art for our site, and this is step 1. Stay tuned.

Sorry for not posting last week, the lead up to Christmas had me a little too occupied to sit down and write this up.

If you have been watching the channel, you might have also noticed a few videos being published on Friday outside the normal schedule. These videos:

I have been somewhat obsessed with Heat Signature of late, for some reason it seems to have grabbed me harder than almost anyone else I know and as a result I have spent a lot of time looking at what other people have been saying about the game. In particular I noticed a number of people wishing there was the ability to show a replay of a mission without any of the pauses or slowdowns the game provides to make things a little more managable.

I realised that, as the owner of a video editor, I was in a position to effectively make that kind of a replay. It takes a lot of work, and it isn’t perfect, a few times single frames of pause screens pop in, but I have been able to take Heat Signature missions and create footage of them proceeding in real-time. It is amazing just how much information is either lost or obscured this way, you will see your character charge into a group of guards and they will all suddenly fall over, or you will literally just run through a room at breakneck speed, giving the guards no time to react as you steal a key and keep moving.

These videos have proved really popular, so I will probably make more of them, especially since I am, after all, still playing the game. The only problem is that they don’t fit into the normal schedule. Should I change the schedule? Is it okay to just occasionally release extra videos or do I risk having my channel be perceived as spammy? What do you think?

The last two weeks releases were:

END_OF_DOCUMENT_TOKEN_TO_BE_REPLACED 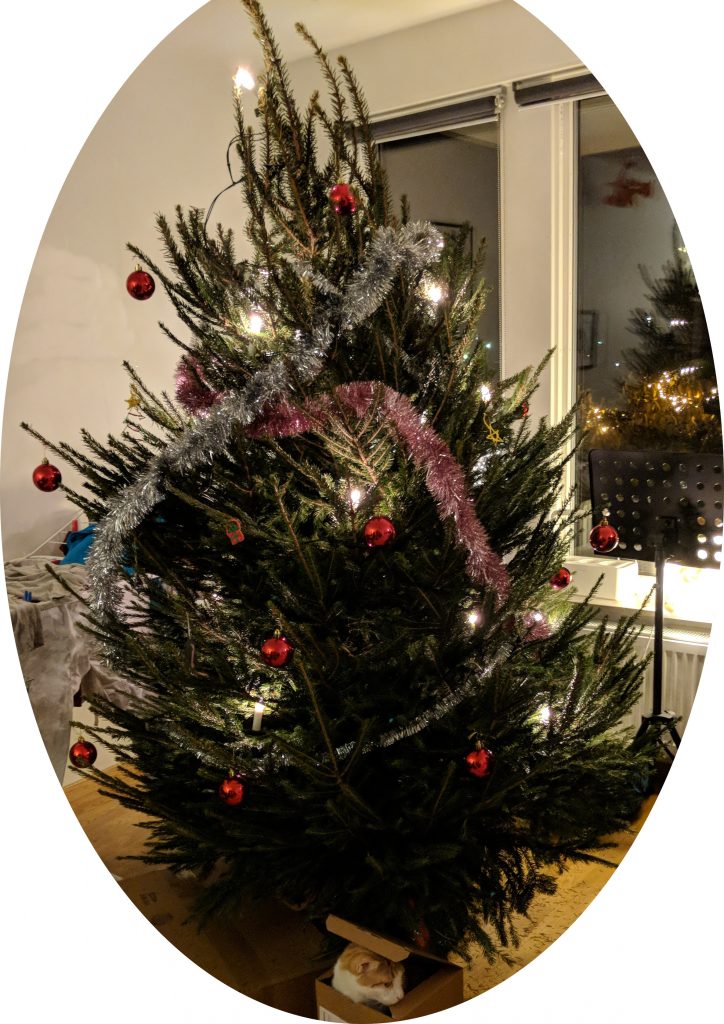 From us to you, happy holidays from Ninja Blues

I’m not afraid to jump back in time sometimes. Sure, Mostly Tigerproof‘s Glittermitten Grove came out veritable ages ago, in the heady closing days of the Horror Year 2016. And sure, the Hell Year 2017 has had so many incredible and hotly-anticipated game releases that I’d run out of my word count trying to list them all. But listen: Sometimes you just have to play a weird-looking game about building fairy villages.

END_OF_DOCUMENT_TOKEN_TO_BE_REPLACED

Twitch recently rolled out achievements. Normally I don’t really get why you would want achievements for website usage, but I guess this both fits their brand and helps solve a very important problem: How do I know if I am affiliate or partner material?

While trying to rebuild my buffer (which I mostly also stream to my twitch channel) I noticed I was remarkably close to filling all the requirements for Twitch affiliate and on Wednesday of this week I succeeded! 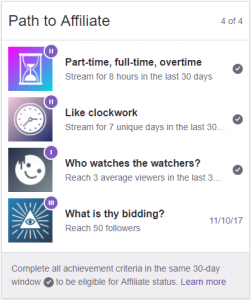 I had some fun just doing more normal Heat Signature streams for a change rather than the slightly awkward non-interactive Let’s Play recording streams I normally do. I will have to see if I can make time for more in the future.

END_OF_DOCUMENT_TOKEN_TO_BE_REPLACED

Tequila Works‘ The Sexy Brutale has received tons of critical praise since its release in April of this year. I’ve watched and read a small number of non-spoiler reviews, all of which impressed on me how good this game supposedly is and that I should play it as soon as possible right away. It’s been on my games-I-intend-to-play-and-review list for a while now. I’ve owned it since June. I just didn’t get around to it.

END_OF_DOCUMENT_TOKEN_TO_BE_REPLACED

Since getting back from Australia I have been taking my time for myself. Just spending time playing what I want to play and not doing much in the way of recording. This was probably a mistake because I have surprisingly few free weekends and the current buffer ends on Sunday the 10th of December.

This means you can expect to see a fair amount of streaming this weekend while I try to rebuild the buffer. Just keep an eye on https://twitch.tv/ranneko or my twitter feed for announcements.

END_OF_DOCUMENT_TOKEN_TO_BE_REPLACED

Hey, you know what’d be nice? At the end of this, the Hell Year? To look at a video game that’s explicitly not about violence and destruction, but about development and creation. Too many games have a vocabulary of only violent verbs: kill this, destroy that, steal such, hurt so. And there’s room for those, to be sure, but sometimes it feels like they’re all there is room for. Or maybe they’re just what I reach for when I don’t feel like being critical, it’s entirely possible this is me. Either way, how about a more pleasant game for once?

Now, I can’t prove I mumbled this to myself mere minutes before the Steam promotion email for Lion Shield‘s Kingdoms and Castles hit my inbox. But doesn’t that sound like great serendipity either way? Just the fact that this game was apparently on my Steam wishlist… I don’t even remember adding it there. Plus, Lion Shield’s mission statement is explicitly “Lion Shield seeks to make games with three core values: players’ creative expression, strategic decisions, and beauty.”

If you add those two together, this might be a Christmas Period Miracle.

END_OF_DOCUMENT_TOKEN_TO_BE_REPLACED

This week Ran Signature came to an end, and (spoiler alert) the Ransistance too will soon come to a close, this means I have to pick both a shorter game for the Sunday slot and another longer game. Generally when this happens I start looking through my steam library, trying to find recent additions or just games that have been sitting on my backlog for quite some time. I try to keep in mind game length when I do this, I reserve different lengths of games from each game slot.

Sometimes I am reminded of a game I started ages that I want to finish, or a game I remember generating a lot of discussion and I slot that in, other times I talk to people or ask for suggestions. I try to avoid First Person Shooters, not because I don’t like them, but from past experience they take too much focus from me, making it too difficult to keep up commentary. I also try to avoid games in genres I have no real interest in like sports or racing.

In the case of the next Sunday game, I have picked Emily is Away Too, I was surprised to see it pop up in the November humble bundle given I had absolutely no idea they had made a sequel to Emily is Away. I am looking forward to exploring it.