It feels like I am always talking about travel in these updates. I am headed to Australia for about a month starting mid-October. As a result, I have a lot of buffer to build. My aging laptop is not up to recording, though I can potentially edit and render on it if I have the raw footage available.

I want all my buffers to extend to Nov 20th at a minimum. This means I have roughly 17 hours of recording to do before I leave. Definitely achievable, but I will need to start specifically carving out time to get it done.

END_OF_DOCUMENT_TOKEN_TO_BE_REPLACED

Last update I made after returning from Alghero. This update is being written just before a quick trip to Edinburgh. I worked the weekend in between which meant I had a couple of days where I was home alone. This means I got a lot of recording done, Syfro and I have finally finished Thimbleweed Park and the Ransistance is recorded up to episode 20.

I need to organise to do a few more recording sessions of Torment: Tides of Ranmenera, because that didn’t have the momentum behind it that XCOM 2 has had, but I think I am getting pretty close to the end of the current act. I am not entirely sure how much of the game is left. I know that I am near the original level cap but that game continues to visit interesting and strange territory.

At this point I hope to shuffle the channel schedule in october, it all hinges on me getting my act together regarding tips videos. I have scripts now! I just need to record the voice and find the footage.

END_OF_DOCUMENT_TOKEN_TO_BE_REPLACED

You might have noticed that Ninja Blues is still fairly borked, what with the missing images and matte background and terrible load times. We’re still looking into it, but with limited success: Our best guesses at the moment oscillate between ‘WordPress is doing a thing’, ‘Cloudflare is doing a thing’, or ‘rampant computer gremlins’.

Between this and some personal stuff (figurin’ out my future), I’ve decided to take the rest of September off from Indie Wonderland. This should give me the time to figure out the site’s maladies, get my personal work done, and build something of a review backlog for later months (which may also get more hectic than I’d prefer). 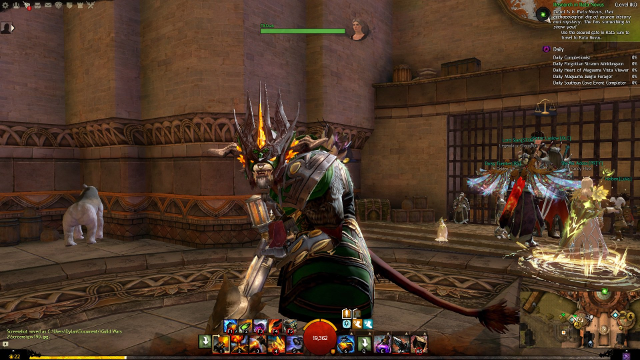 Let’s say that we meet back here… October 2nd. Have a good September, everyone!
– Jarenth

I spent most of the last week in sunny Alghero in Italy. Unsurprisingly this limited the amount of time I could spend recording videos or monitoring the channel.

I did pick up Mario + Rabbids: Kingdom Battle for the Switch aka MCOM and that game has been a blast. I have finished up the story content and only have the 4 Ultimate challenges left to play. It is a really interesting twist on the XCOM formula, with a much higher emphasis on movement, damage ranges, and distinct characters. Well worth a shot.

On the channel, the Ransistance is in full swing and I am busy tying up various character based side quests in Torment: Tides of Ranmenera, it feels like events are coming to a head there which should allow for a shuffle in the channel schedule.

Firaxis has released a free demo that consists entirely of the photo booth, which means there is now a free tool anyone can use to create soldiers that can be imported into XCOM 2. This means I have revised the recruitment form. I have stripped out the overly long second page, if you want to be added you can either just specify a name and optionally a few other basic details. If you want a fully specified soldier, now you can create it yourself and then send me the file.

END_OF_DOCUMENT_TOKEN_TO_BE_REPLACED

If you had me guess from the title alone what sort of game Necrosphere, my first shot would be — and I admit there’s some degree of wishful thinking in this — a ball sports-type game played exclusively by the undead. I know I can already get something like that in Bloodbowl, but listen: I just want to see teams of shuffling try to do fancy football tricks. ‘Necrosphere‘ sounds much more dignified than ‘Deadball‘.

My second guess would be ‘probably some sort of 2D indie platformer’, because that’s just a safe bet in this day and age and gaming environment. Which means I’m up for the silver medal in ‘reading Cat Nigiri‘s mind, so. That’s still pretty good.

END_OF_DOCUMENT_TOKEN_TO_BE_REPLACED

The Ransistance has returned, ready to kick the Advent and their new allies off the earth or to die trying. At the time of writing this, I have recorded the first 7 episodes and it is remarkable just how many changes have been made. Firaxis have ensured that anyone who starts up War of the Chosen will encounter new content immediately. From a new cutscene that takes place before the previous opener, to more variations on gatecrasher, to many more changes on the strategic layer. I am having a blast playing it and probably would have recorded more were it not for a bout of illness followed by travel.

Firaxis has released a free demo that consists entirely of the photobooth, which means there is now a free tool anyone can use to create soldiers that can be imported into XCOM 2. This means I have revised the recruitment form. I have stripped out the overly long second page, if you want to be added you can either just specify a name and optionally a few other basic details. If you want a fully specified soldier, now you can create it yourself and then send me the file.