Heya, readers! After three weeks of being utterly adrift in the United States of America, I am finally and once again back in the Netherlands. Which is to say, back at my PC, which has all my fancy games on it. Expect regular Indie Wonderland service to resume from next week onward. I’d say I have some good ones lined up for you, but that would be lying; I don’t even know what I’m going to play right now, as I’m writing this. I still don’t know! Life is a mystery sometimes.

But as a small nugget of ‘thanks for your time and patience’, let me tell you just the smallest bit about Jesse Freeman‘s Dragon Sweeper. 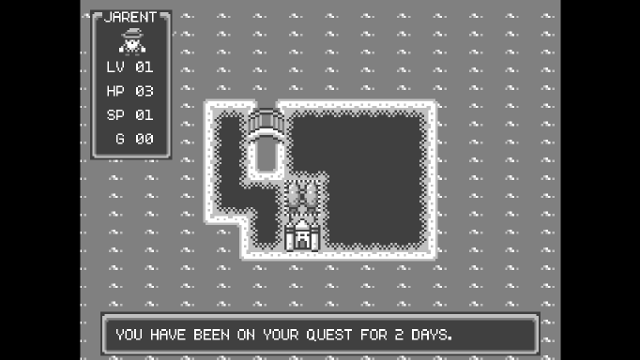 Dragon Sweeper is what happens when Minesweeper is also an RPG. Yes, I know that doesn’t make any sense. And yet.

You play Dragon Sweeper by clicking semi-randomly in a field of covered squares, slowly revealing parts of the field as you do. And then using the revealed information to fine-tune your searching. Your goal is to locate and neutralize several particular squares in as little time and as little clicks as possible. So far, so familiar, right? Sure, the ‘grid’ is actually an (irregular) island, and instead of numbers, you uncover open fields and forests and mountains, all conveniently surrounding and pointing to ‘monster lairs’. 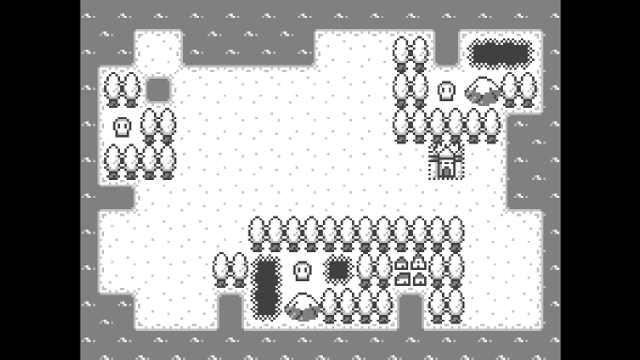 There are two more monster lairs in this image. Can *you* guess where they’re placed?

But Dragon Sweeper diverges from Minesweeper in that you actually want to click on the monster lairs. Because that takes your character into the lair. Where you then fight the associated monster. 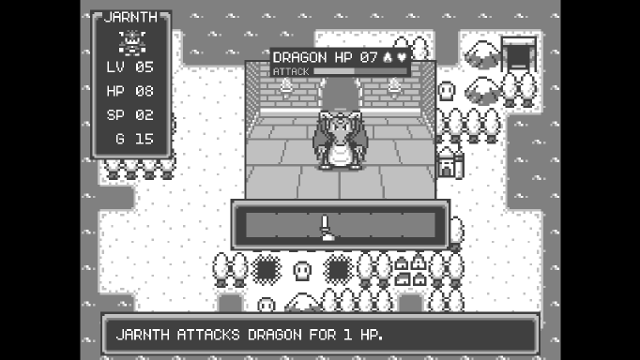 Using a simple, but not necessarily ‘easy’ rhythm game.

Oh yeah, you have a character. A Knight, Cleric, Thief, or Wizzard (sic). Each with their own special attack. And then there are levels, and hit points, and skill points, and gold, and towns where you can spend that gold… 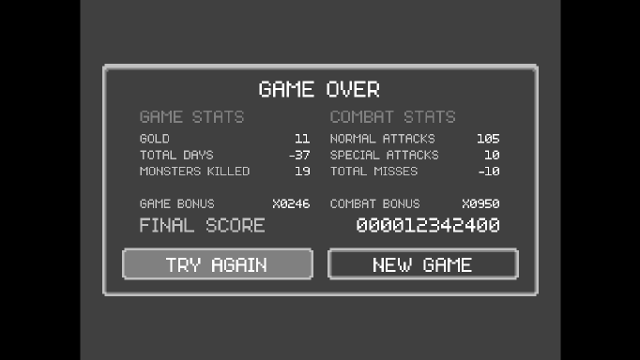 There’s slightly more to it than meets the eye.

Dragon Sweeper is name-your-own-price to download, which means you can technically get it for free. Don’t do that, though. But for a few bucks, it’s a neat little twist on an established formula. Might get you through a boring hour or two. More if you share your computer with others, in which case there’s the scoring element to take into consideration. Less if you’re, like, really good at Minesweeper. And even if that’s the case, this game still has dragons in it — don’t count it out just yet.

Jarenth has eaten almost nothing but greasy American food for three weeks straight. Empathize on Twitter or hang out with him on Steam. And if you dig Indie Wonderland and Ninja Blues in general, why not consider supporting our Patreon campaign?

You can’t accuse us of being behind the times, because now we have our very own Discord server! If you look at the sidebar on your right you’ll now see a Discord widget that lets you see online members and connect with a button click.

So what’s Discord, you ask? Well now I see it’s YOU who’s behind the times! But anyway, Discord is essentially a text-and-voice-chat service where you can participate in multiple channels, make your own channel, and/or integrate your channel with your sponsored Twitch or Youtube channel. It’s very intuitive, it has customizable notifications, you don’t have to mess with IP addresses or port forwarding to voice chat, and all-in-all it feels like the next step forward for PC gaming chat.

Also, I now have it set up to notify all server members (unless you opt out) whenever I’m streaming on my Twitch channel that you all follow! You follow it, right? 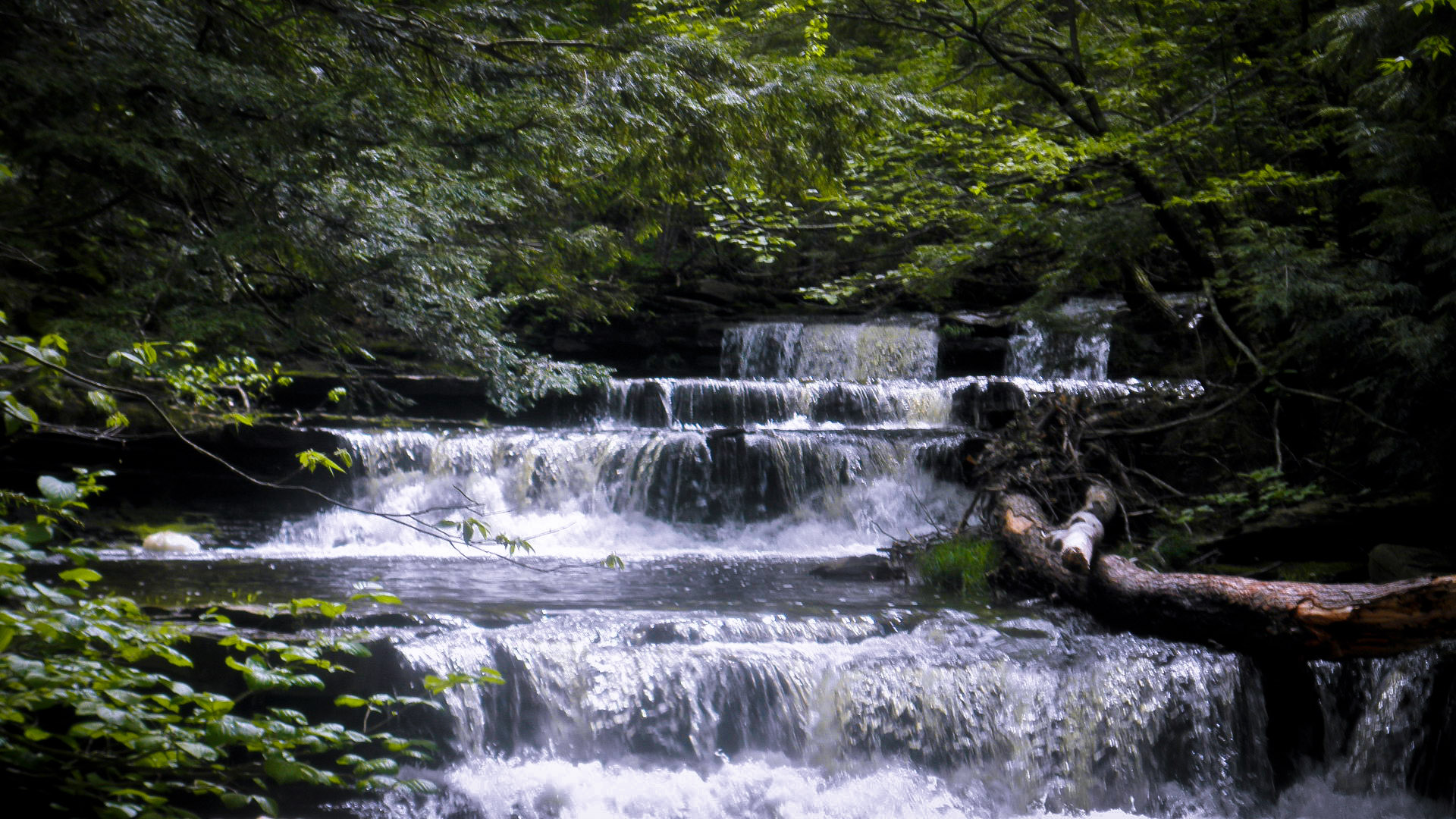 Speaking of streaming, now that I’m switching from a weird janky ten-hour-days, four-day-weeks work schedule to a more standard Monday-to-Friday affair, I’m assigning myself a regular Twitch stream schedule that I’ll be using indefinitely until I post again to change it. The plan is that I’ll be streaming Monday, Wednesday and Friday, 8:00 to 10:00 PM Central time, and whenever I’m available and up to it on Saturday and/or Sunday. This will start on June 20th (this upcoming Monday) and I’m going to gauge how much I can handle streaming 3 days a week. I’d love to upgrade to 5 days a week, but, baby steps.

So mark your calendars, and hop on the Discord server to be notified and to engage. And to anyone who stopped by for my streams the past two weeks, thanks! And sorry I didn’t stream on Tuesday or Wednesday. Internet problems.

Whoops. I totally forgot to post this earlier, didn’t I?

On account of a close friend’s wedding, I’ve spent the last three days in scenic Spokane, Washington. I’m still there, in fact! Scenic mountain far-sights are great for an agoraphobia sufferer, let me tell you.

I haven’t had a chance to play anything major this week, for two reasons: a) most of my time has gone towards this wedding, and b) the only laptop I have with me right now is a low-powered work laptop. It can technically run several games, but… let’s just say I’m not sure I feel comfortable reviewing anything new when I can’t reliably tell if it’s working well.

Consider this week, and the next three weeks, an overdue Official Indie Wonderland Break. I might be able to throw something together, and I’ll be a part of Justin’s streaming schedule as much as I can hack — I did actually remember to pack a headset and a mic. Otherwise, regular service should hopefully resume in July.

Thanks for understanding! Have a selfie. 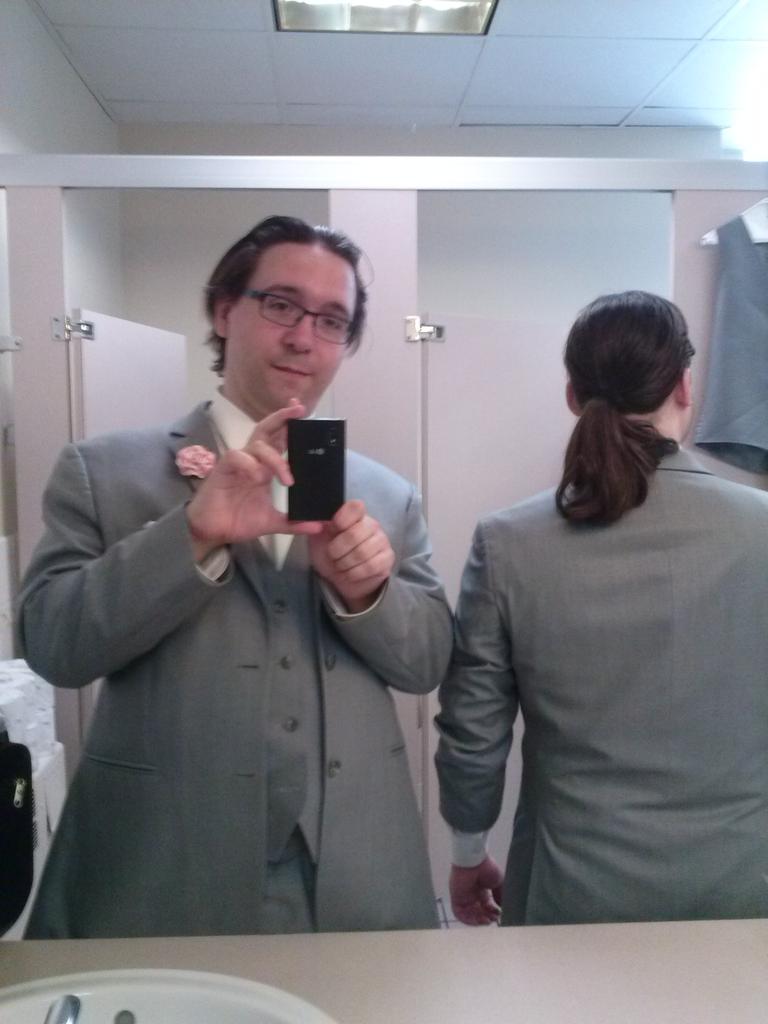 Ninjustin here! Sorry you haven’t heard from me in awhile. I got a job. Full-time. Yeah, I’m like a grown-up now, right? But I want to get back into streaming on my Twitch channel, and I was planning on making this next week my return. After all, it’s been about a month since I finished training, so I think that’s a pretty good time to get accustomed to my new commitment so I can get back into my old commitment!

And then I got a schedule change. The change doesn’t apply for another two weeks, and I’m actually happy to get it changed, but it means the schedule I set now will only apply until then. But I don’t want to wait anymore, so I’m setting a schedule now and in two weeks I’ll change it.

Here’s the schedule from June 6th to June 18th:

Bear in mind the times listed are all in the North American Central time zone. You can also follow my Twitch channel if you want notifications. Yeah, I already linked it. I’m linking it again. Fuck you.

So what am I going to play? Well, lately I’ve been playing a lot of Overwatch and DOOM 4. Yeah, fuck you again, I’m calling it DOOM 4 because that’s what it is, and it’s awesome. I’m thinking I’ll start a new playthrough for the stream. I’ll probably try hard mode, since I’ve been playing normal mode on my own. I’d also like to stream Shovel Knight, Deus Ex (the original), Batman: Arkham City, Ninja Pizza Girl, Rayman Origins and/or Legends, and maybe stream blind runs of some nice-looking games I’ve gotten like Apotheon, Hyper Light Drifter and Alien Isolation.

It’s quite a list. I’m open to suggestions in the comments!