In the last episode of Jarenth Plays XCOM 2, we did it. Thanks to the efforts of six brave volunteers, and one impromptu Weird Science body-trip on my end, ADVENT’s control over Earth has been well and truly shattered. All Elders we encountered in the alien seat of power are dead, the aforementioned base is destroyed, and thanks to our disruption of the ADVENT Network Control tower, the alien psionic information network is down for the count.

Is that the end of our story? It is, and it isn’t. There is always more story to tell, after all. Not much of it, we’ll be privy to. But I’d be one mean storyteller if I didn’t tell you how the fade-out goes…

I wish I could tell you that with the Elders dead, and the network down, Step Three of our plan — ‘take our planet back from the aliens’ — was a walk in the park. A foregone conclusion. In my ideal scenario, I’d be telling you about our victory as a done deal. That’s how it goes in the movies, right?

Of course, here in reality, things are never that simple. Sure, ADVENT’s power structure has been broken. Hopefully beyond repair. It’s hard to overstate how much the Elders are the glue that binds the alien forces together. And while I won’t let myself believe that we’ve killed all of them, we have taken them out as a threat and a force — the disruption of the psionic network means that any surviving Elders, either here or in the depths of space, would find it almost impossible to meaningfully command their troops. That network was so vital to them. They could always fall back in primitive communications methods, but — are we even sure the aliens know what radio is?

And as a secondary bonus, the fall of the network has also disrupted a lot of alien power projection. No more network means no more Codices, no more Gatekeepers… no more Chryssalids, either, as far as we can tell. Those aliens were all tied inexorably to the gates. I don’t even know if the Codices can even survive without the network.

But as much as the alien power projection has been ‘disrupted’, a vast amount of alien power is still here. All the ADVENT major military centers are still in operations. Troopers, Officers, Shieldbearers, and Stun Lancers, are still the order of the day in any area where ADVENT held and holds power. Sectoids and Vipers and Archons and Mutons still operate on the front lines. And the artificial intelligence of MECs and Sectopods is such that they’ll continue to be a danger to anyone around them. There is, in a nutshell, a damn lot of cleaning up to do.

So that’s exactly what we’re doing. 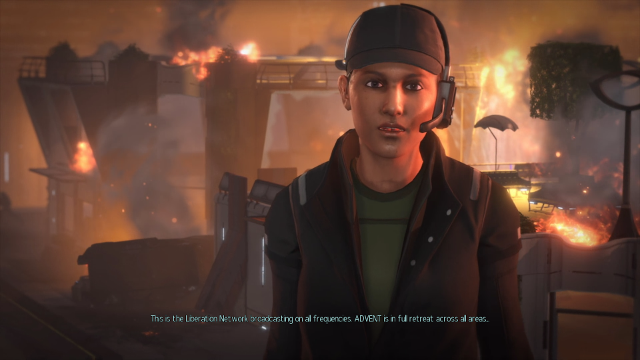 One battle at a time.

The aliens may be disorganized now, but the resistance is stronger than ever. The united cells have stepped in to support and organize the new world-wide floor of human refugees on an amazing scale — Cato would be proud to see what they’re doing. What we’re doing. 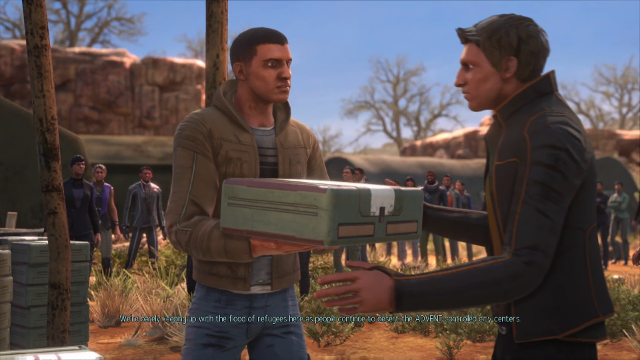 In the face of crisis, humans always have each other’s backs.

There are still those who ‘believe’ in ADVENT, of course. The indoctrinated, and the gullible, and the ones who downright switched sides. They still broadcast their propaganda on all channels they hold. They’re still holding on to their power: their weapons and their checkpoints and their ADVENT city blocks. They’ll likely be a threat to global peace for a good while still.

They’ll be dangerous for a while, but not forever. The tide is already turning. 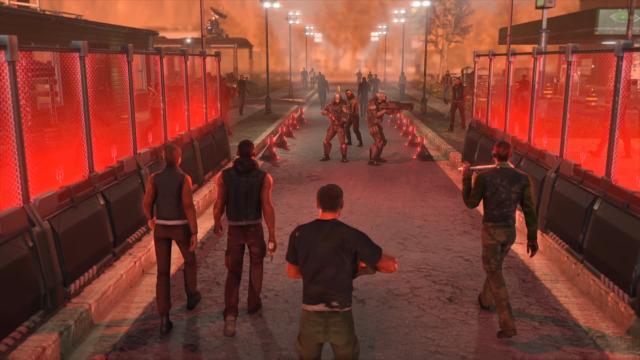 There’s only so much they can do against the entire human race.

And as for us?

I’d love to tell you that we all took deserved vacations after our harrowing adventures, that we all got what we wanted out of life and lived happily ever after. But you know us better than that by now, don’t you? There’s still a fight to be fought. And like it or not, the Avenger — XCOM — is the biggest, brightest, roaringest symbol of human might and independence on the planet right now. 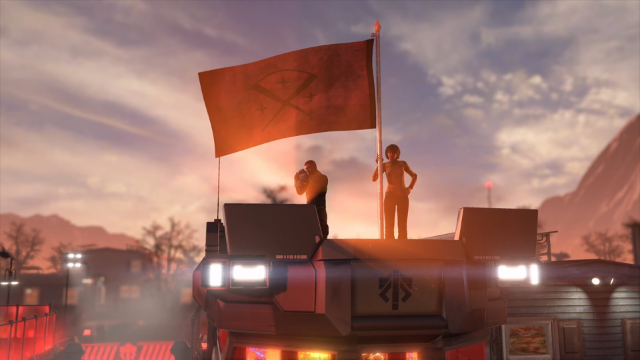 So we’re still going. We will be, for as long as it’s needed. Steve is still flying his baby into warzones, Lily is still keeping this bucket of bolts flying, and Richard… he’s tried explaining it to me, but honestly, his mind is so far into the future right now I’d need like a stack of oracles to follow. Suffice it to say that Richard is already looking at how the human race will grow from this. He and Lily are going to do great things together, I’m sure of it. She actually almost trusts him now, can you believe it?

And as for the soldiers…

“Commander! Reports of an ADVENT stronghold in the suburbs of Nouveau Paris. Fairly well dug in, but we can probably find a weak spot within the week.”

Ah, there we go. Yeah, as for the soldiers: someone‘s still gonna have to do the dirty work. The aliens won’t give up without a fight, so a fight is what we’re giving them. And as long as our soldiers need to go out and fight, I’m not going anywhere but my command chair. They need someone to talk them through the battle.

We’re taking it slow but steady, this time around. No more external pressure, no more Avatar Project breathing down our necks. We can be a little more careful. The undirected ADVENT troops project local power, but they don’t have the means or the directive to advance. Richard is always keeping one eye on our space-borne scanners, but so far, nothing seems to be coming in from that direction. And as far as actual alien strongholds are concerned…

Heh. We’ve found a few bases, here and there. Another blacksite, a few forges. We’ll be digging these things out of the countryside for months, I’m sure. But nothing we’ve found so far holds a candle to the kind of stuff we saw in their seat of power. That place was one-of-a-kind, and I can’t say I’m particularly sorry. If something of that magnitude was brewing… Luckily, we know for a fact that the base we ‘visited’ was flooded and crushed by several hundred tons of Atlantic Ocean water. Nothing survives that kind of violence. 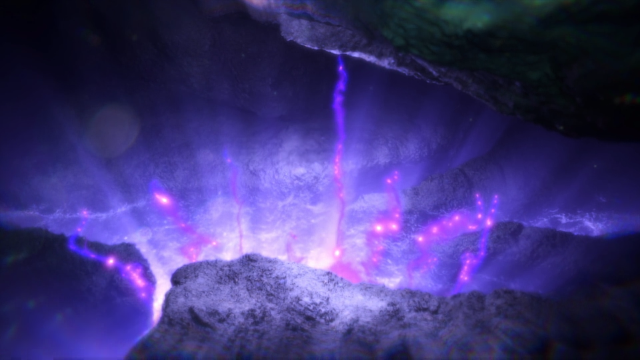 Imagine if something did! That’d definitely be some sort of… terror from the deep.

No, all we can ‘look forward to’ is the long, arduous process of taking back our planet Earth. XCOM has its work cut out for it. It won’t be as exciting as the part where we raced against time to save it, and it won’t as glamorous. Just a long hard slog of me, my officers, and a ship full of the finest minds, builders, and defenders of freedom this planet has ever seen.

I can’t imagine any other place I’d rather call home.

And that, as they say, is all he wrote.

Thank you for reading, everyone! It’s been a ride writing this series. 27 episodes of the most involved, fanfic-ass project I’ve ever done. Easily the longest thing I’ve ever written, too, clocking in at just over 125.000 words — conservative estimate. 156.000 if you count all the images. That’s a long-ass thing, you guys! If I’d written exactly one episode a day, including introduction and this epilogue, I could have crushed NaNoWriMo.

Thanks to everyone who tuned in on the regular to follow this series. As always, it’s so much easier to keep this sort of stuff up if there’s direct interaction and feedback. Couldn’t have done it without you, or rather, wouldn’t have.

And special thanks for everyone who willingly entered themselves on my List Of Probable Death. It, er, didn’t work out to be quite as lethal as the last time, this one. But let’s chalk that up to a thing I’ll probably write about later. I’m not gonna say I’m not glad it went as smoothly as it did, but I understand that a lot of the appeal in audience-character Let’s Plays like this is seeing yourself in the story. If you entered yourself on the list and you didn’t make it in, I’m still grateful that you were willing to put your digital life on the line…

…which is why I’m closing out this Let’s Play with an overview of every single soldier I made that didn’t get any screen time. I won’t let anyone who willingly enlisted be an ‘unsung’ hero of XCOM.

In no particular order, a round of applause for… 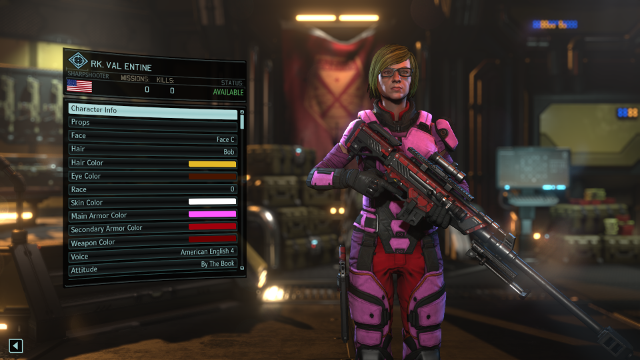 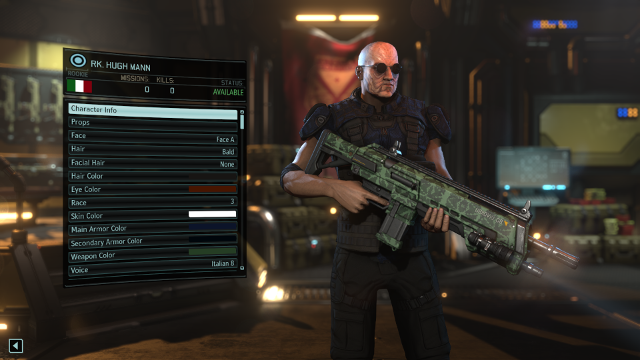 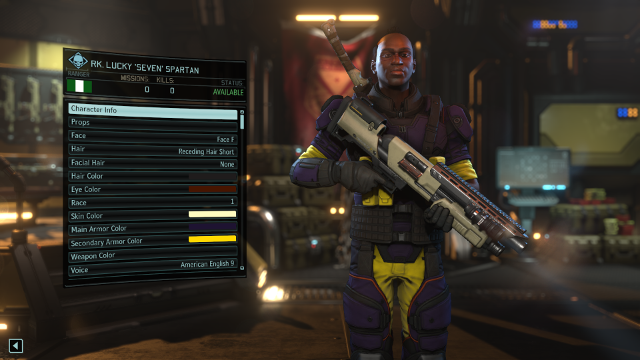 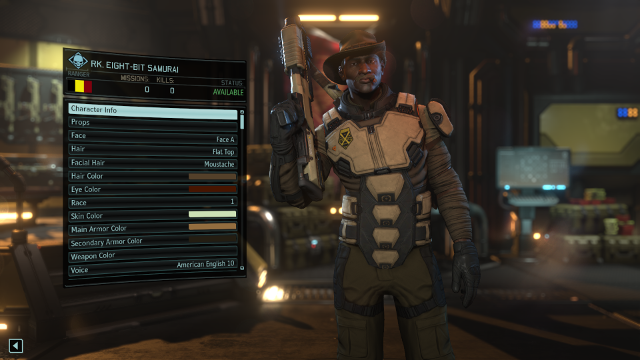 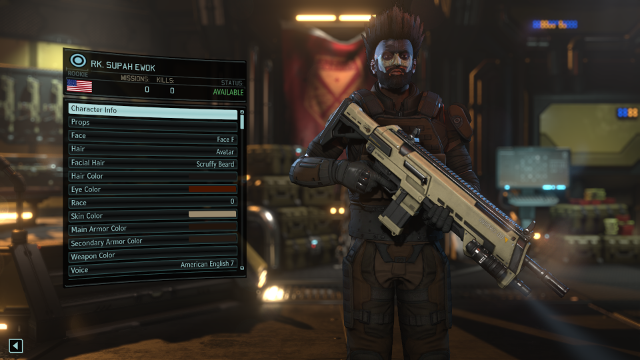 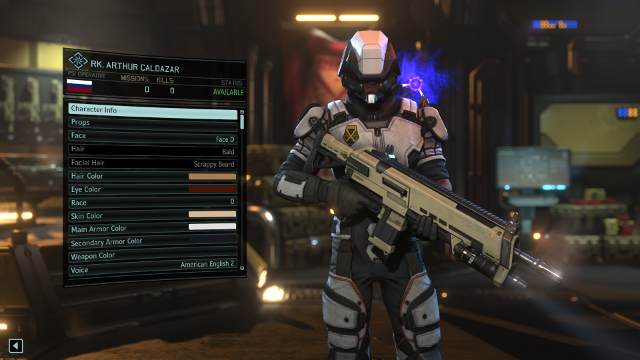 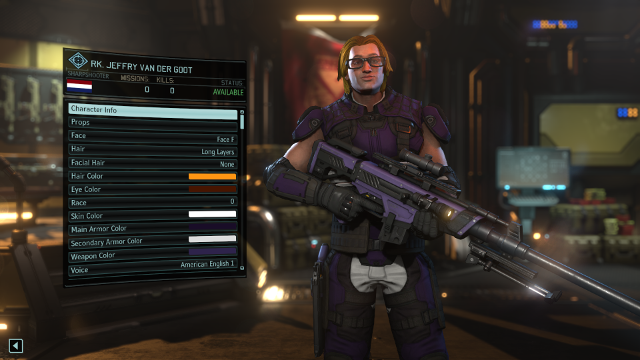 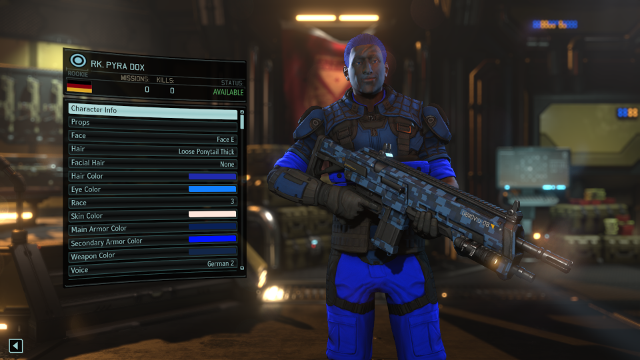 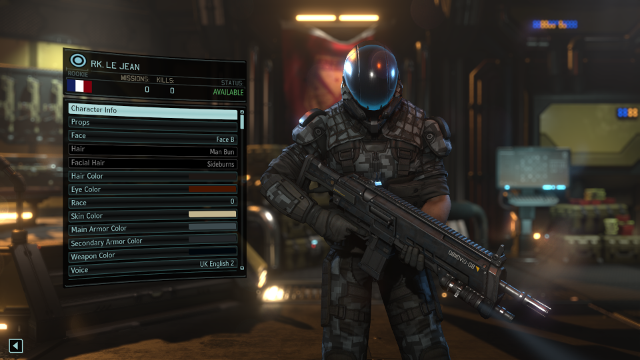 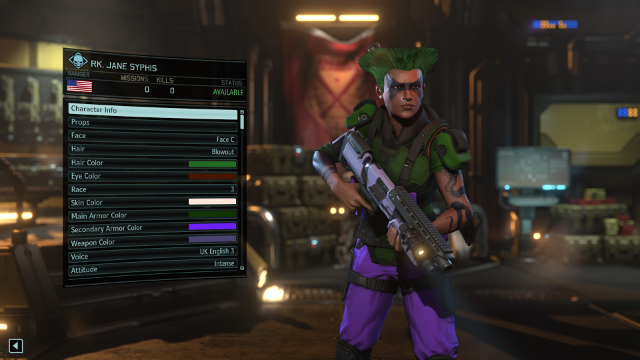 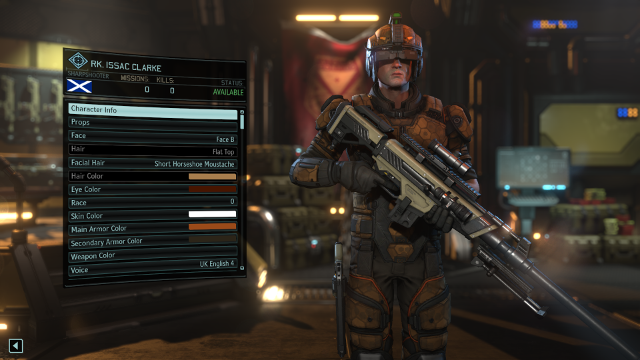 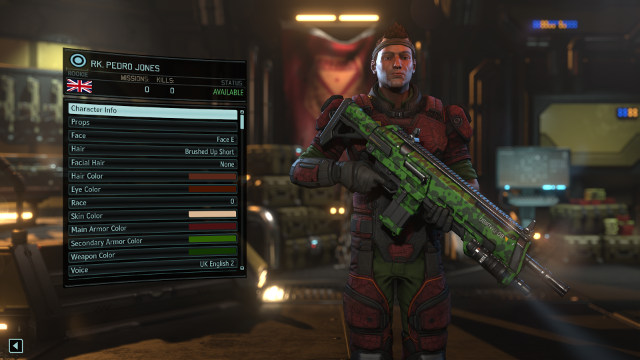 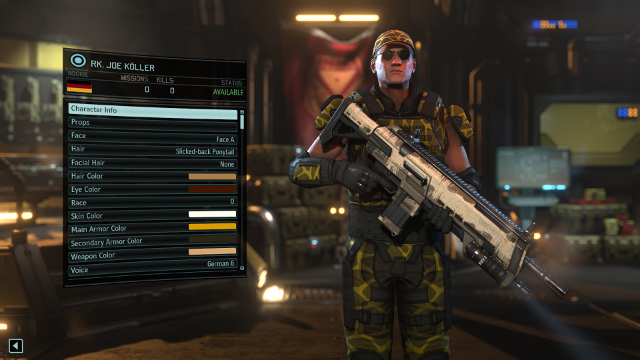 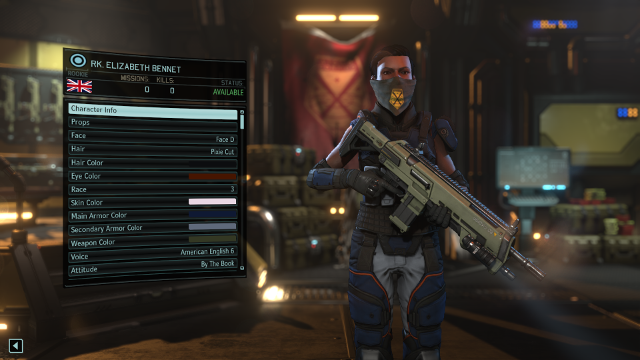 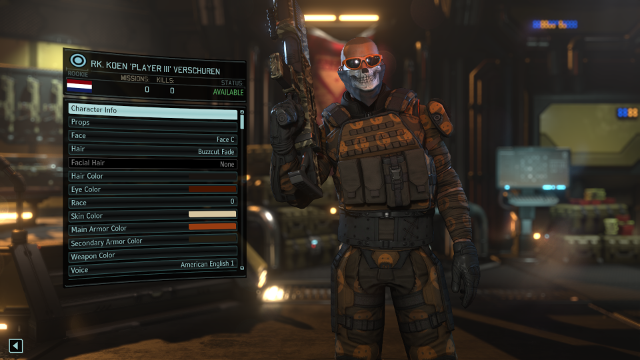 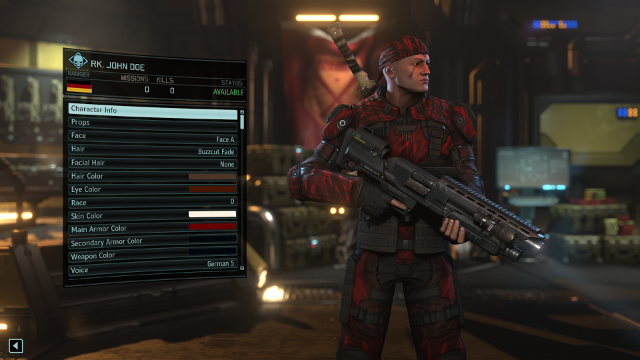 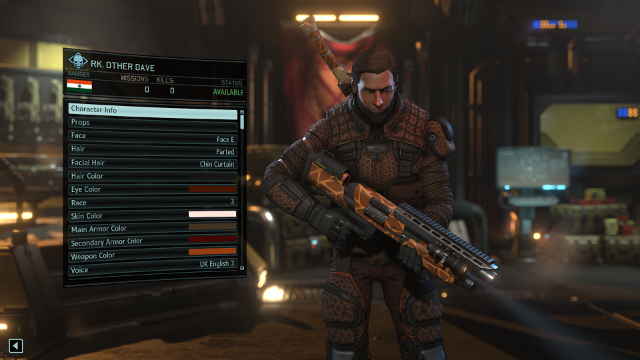 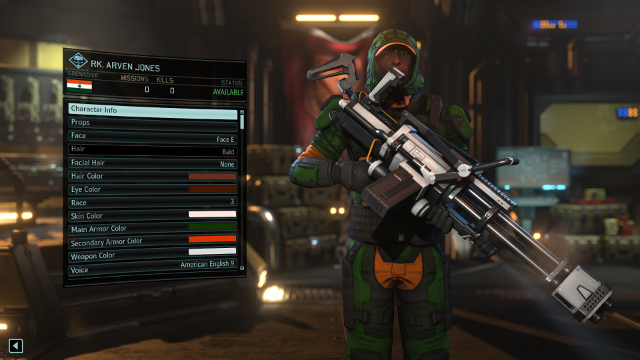 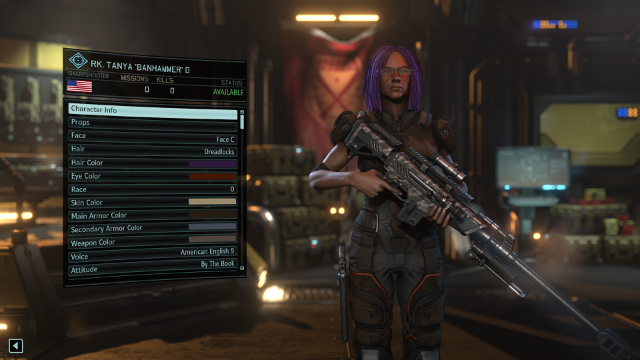 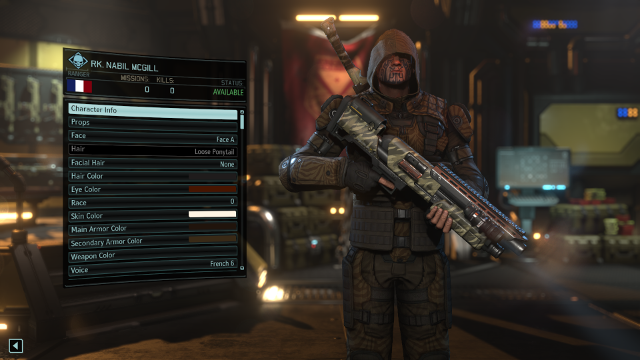 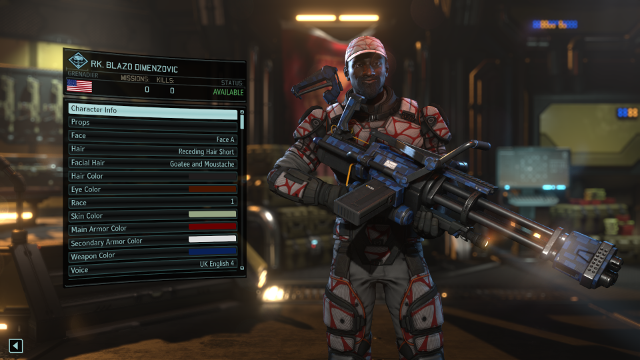 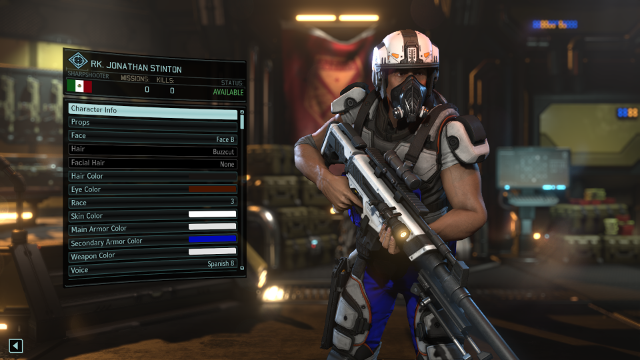 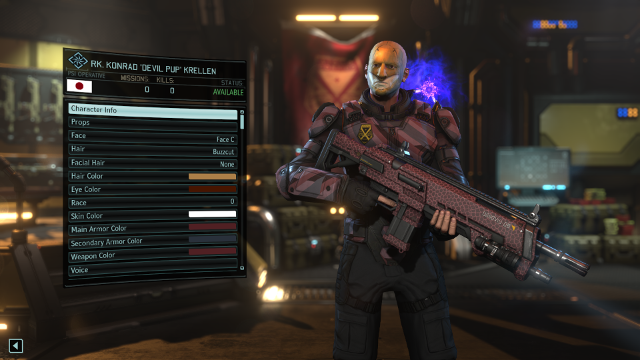 And last but not least, Konrad ‘Devil Pup’ Krellen.

And if you want to play any of these doofuses for yourself? I’ve exported and uploaded my entire character pool right here.

Once again, thank you to everyone who read and commented on this Let’s Play. And a particular thanks, of course, to our Patreon supporters, who made it possible for me to do this thing in the first place. Your support is what keeps up going. And hey, if you enjoyed this work, and want to see me do even more Let’s Play stuff — consider throwing us a buck.

And as for that ‘more Let’s Play’… well, no promises as to when that’ll be. I think at this point it’s been established that I’m not good at keeping these promises. Soon, hopefully, depending on workload. I’ll get back to you folx. Particularly you Patreon folx — expect me to query you all for input sometime in the near-to-not-at-all-near future.

This is Commander Jarenth,