For something that started as a hobby project with friends, I actually take Indie Wonderland quite seriously. It’s a big part of my weekend and a cornerstone of my weekly planning. So while I understand that, with all the recent hullabaloo about Ninja Blues’ availability (not to mention my current ridiculous workload) you readers might be expecting me to take some shortcuts in the next few weeks…

…you’re actually right. No-one can go at full pelt forever. In fact, these two paragraphs here? This week’s entire review. I hope you had fun reading! See you guys next week.

A week ago, a friend convinced me that we ought to play Daniel Mullins‘ Pony Island together. He didn’t know much about it, except that it was apparently about some sort of pony-themed arcade machine possessed the devil. Nothing else. In fact, many a good time was had trying to figure out the right game name and the right actual website before we finally hit the jackpot.

My friend wasn’t wrong. We played Pony Island for a fun two hours, passing control back and forth and generally laughing and chuckling at all the twists it threw our way. And then we hit the end, and I, er… uninstalled it immediately. For good reasons! Not because I didn’t like it. You’ll see.

I can’t really write a very long review about Pony Island. Partially because it’s short — it would take me longer to write a feature-length Indie Wonderland that it took me to beat the actual game — but mostly because it’s one of those games where the experience of playing is much enhanced if you go into it with no foreknowledge. And…

I know it’s a popular thing to say that if your game or your movie relies on its plot twists and unexpected jokes to be good and interesting, then it isn’t actually interesting on its own. ‘If knowing the twist spoils the fun, then there wasn’t a lot of fun to spoil to begin with’. I agree with this a little bit; I think we can all name examples of poorly-written stories that rely on Shocking Twists to keep the audience on-board. But other times, I think the focus might be wrong. Instead of saying a clever plot twist serves to prop up an otherwise bland movie, why not say that a bland movie is used to conceal a clever plot twist?

Putting this in other words: I love being surprised. Genuinely being baffled is one of life’s rarest pleasures. Because a good surprise is difficult to pull off, but also because they’re finite by nature: surprises are the original one-shot-item. So whenever a piece of media really manages to trip me up, I tend to be more lenient towards it. It just handed me a once-in-a-lifetime experience.

And why not try seeing things that way? 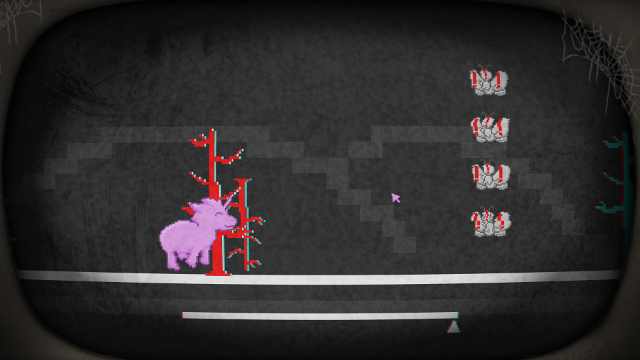 Pony Island is a few-hour game that’s full of clever twists and changes. I wouldn’t really classify any of them as ‘plot twist’, but there’s a lot of interesting stuff about mechanical evolution and catching the player unawares. It’s a game inside a meta-game: you’re playing a silly arcade cabinet game about ponies, but then you’re also… but I really shouldn’t say.

Pony Island changes a lot as you play. And these changes are what fuels player interest. Initially, on the surface, what passes for the ‘core’ gameplay isn’t really all that interesting: it’s a 50-50 mix between making ponies jump over gates, and l337 haXX0ring. But then the game almost immediately starts prodding at its own formula, changing rules and expectations as you go and generally keeping you on your toes. It pulls back the curtain on the meta-game outside the game a few times, then immediately draws you back in. 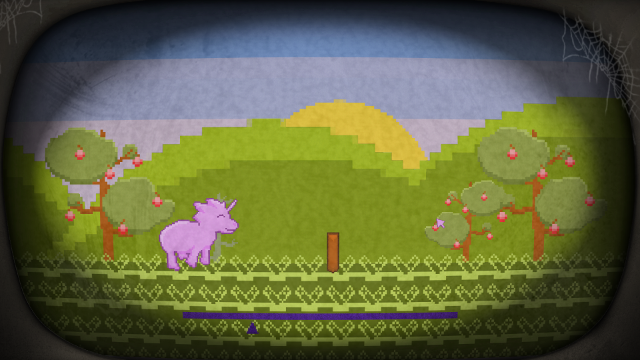 Back into making ponies leap over fences, yes.

In that sense, it’s honestly not all that different in effect from the ‘Legacy’ style of board gaming that’s currently popular. If you’re not in the know: Legacy board games, like Risk Legacy and Pandemic Legacy, are board games that physically, permanently change shape over the course of many games. Imagine writing names on pieces, putting stickers on boards, even ripping up cards whole — that kind of thing. They add a layer of permanency and personalization that board games commonly lack; unsurprisingly, I’m totally in love with this. 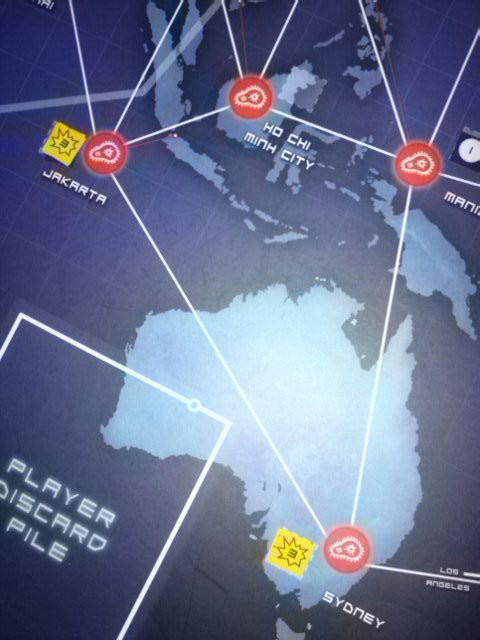 Not really a Pony Island screenshot, but: look at how bad I let the situation in Sydney get!

Obviously, this sort of stuff has a quite different meaning in video games. It’s easier to individualize, but almost impossible to ‘permanently change’, for instance. But the reason I bring this up these games and (games like) Pony Island share two commonalities. One, they change mechanical shape over time, playing with player expectations and established conventions to interesting effect. And two, you can only really ‘play’ them once: once the curtain is drawn back, the game that remains is — while possibly still fun — markedly less interesting than it once was.

And that’s okay! We need room in gaming, all kinds of gaming, for these kinds of experiences. I want to call them fleeting, almost. Ephemeral. You’re playing something, or playing with something, that you’ll never be able to get back once it’s gone. But that in and by itself is part of the charm — if that sort of stuff is something you get charmed by. 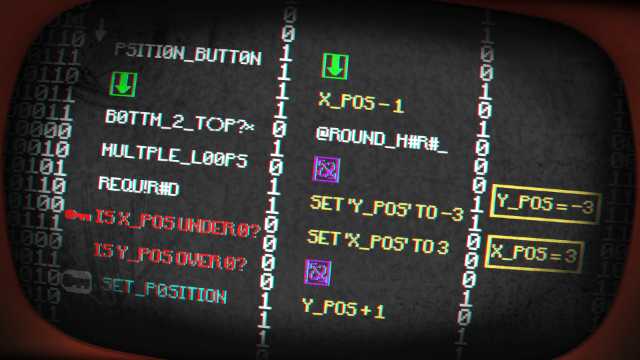 I wasn’t joking about that l337 haXX0ring earlier, by the way.

And it’d be remiss of me to not mention that Pony Island is also just really clever overall. It’s full of moments that made me chuckle. And one part in particular where I actually laughed out loud — I may have hooted too, I don’t remember. I can’t really tell you about why that moment was so good, except by saying that ‘the game really got me’. 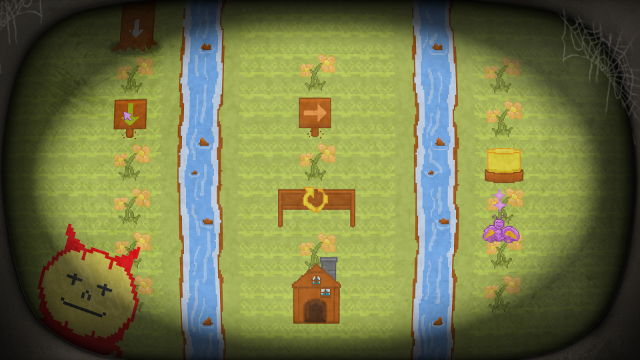 Throwing up a screenshot or explaining the joke would really only ruin it, so I won’t. Have something unrelated instead.

Whether or not you’ll like Pony Island depends on your personal ideas about videogame price and timing. Unless you’re the kind of person who gets off on the idea of collecting all optional arcade tickets, Pony Island will probably only ever be a two-to-four-hour game. Is that worth five Steambucks to you? It was to me; if you enjoy smug cleverness and mechanical trickery as much as I do, you won’t be disappointed.

Jarenth is doing his best to keep existing in the face of a universe seemingly intent to grind him into stress paste. To celebrate, follow him on Twitter or hang out with him on Steam. And if you dig Indie Wonderland and Ninja Blues in general, why not consider supporting our Patreon campaign?