Alright, I did it! It was touch and go for a while: there were a lot of red walls everywhere, and they were being total jerks about things. But I did it! 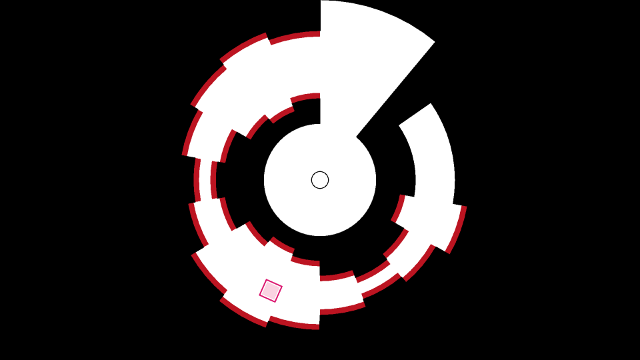 This just seems like overkill, *walls*. It’ll *already* kill me if you snap shut on me; you don’t *also* have to instant-death.

It turns out there’s actually a lot of clever stuff you can do with the concept of instant death colour walls! I wasn’t quite sure if Expand would keep the pace going, but it didn’t disappoint. 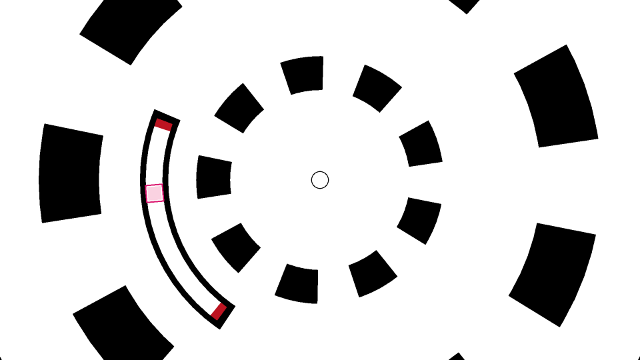 There was even this cool white space/black space inversion that I totally didn’t see coming.

And this was only the first level set! I had pretty good hopes for the other three directions after that. And again, I was little disappointed: Expand‘s later levels do some interesting things with speed and timing… 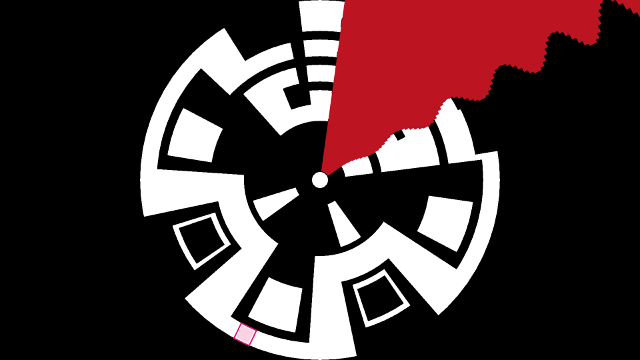 Oh, you *better* believe that red wall of death is coming to get you. 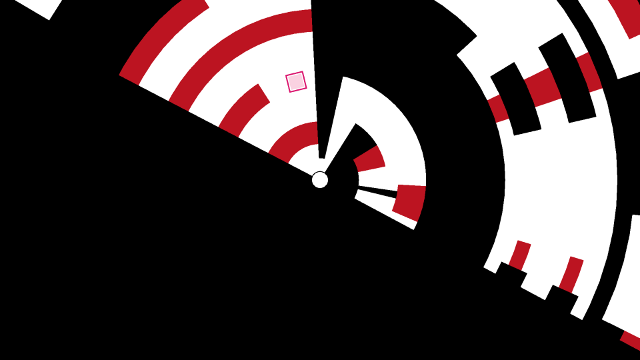 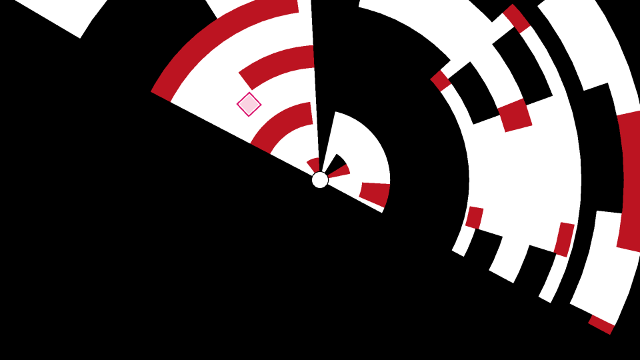 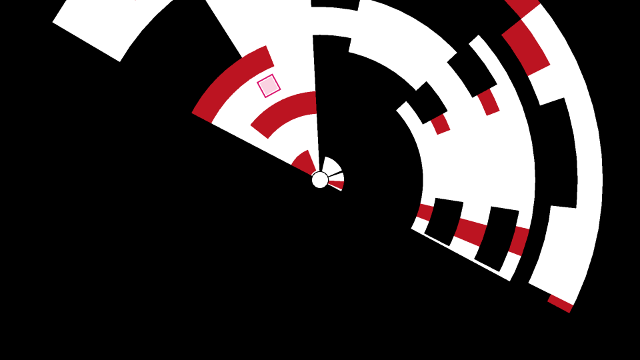 …and even the intrinsic assumptions underlying the basic black-and-white gameworld.

You think these paths, once established, are permanent and unchanging? 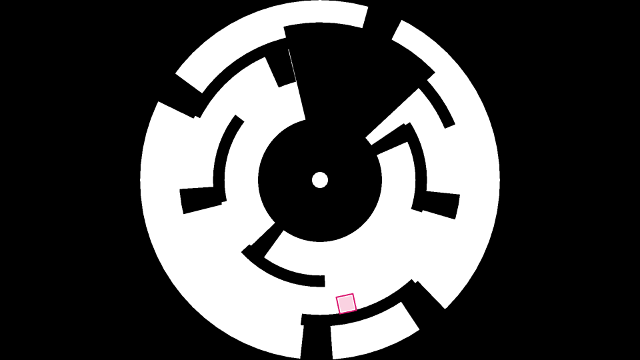 All in all, it was fun to play through, and I enjoyed it a lot. And after beating the four level packs — and then beating them again, in smaller, more focused examples — the ending brought all elements together in an interesting climax, an enjoyable pulse-pounding race that managed to combine and test everything I’d learned so far. There was even some playing with and subverting of expectations, to fully round out the package.

I promise I’m not gonna spoil the *whole* thing, but here’s a cool screenshot.//If you can figure out the major expectation inversion from this picture, I commend your sleuthing skills.

And then it was over, and I was forever free. 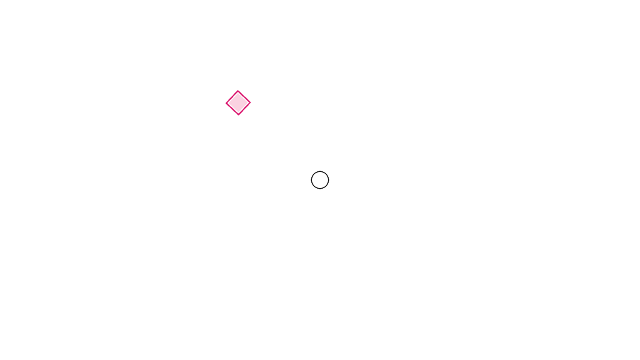 I… didn’t deal with it well. I’d been locked up too long, man. Couldn’t adjust to a life outside bars.

Expand isn’t a particularly long game. My Steam time on it is short enough to still be clocked in minutes, not hours; 114 minutes, to be exact. And that includes me having to replay the opening and the first level set, because Expand decided to not save my progress the first time around. That only happened once, though — I checked — so I’m willing to chalk that up to hard drive gremlins.

Expand is short, but I think we all know that in and by itself doesn’t really matter. The more pertinent question is, is it good?

I’m inclined to say ‘yes’ here. Expand is a pretty interesting audiovisual experience, a neat little reaction tester with some creative ideas about positive and negative space, and an absolute delight to listen to. Seriously, it’s really good. I’m not at all surprised to learn that there’s a Soundtrack Edition available on Steam, and only partially surprised that I’m actually considering getting that.

Remember how Expand billed itself as ‘meditative exploration through a shifting circular labyrinth’ in the opening? I kind of see where that’s coming from, now. There’s definitely a certain zen to navigating its unique shape-shifting circular world. The simple three-ish colour palette and curved-squares aesthetic removes a lot of the visual stress associated with many other games: your brain doesn’t really have to go into Object Recognition Overdrive for Expand, because you’ve learned to recognize everything that’s ever important at the end of the first puzzle pack. As a result, the experience… it can definitely be tense, at times, particularly when timing puzzles get involved. But it’s also weirdly mellow.

Combine that with the soothing music, and it’s no surprise your brain snaps into a sort of cruising mode. 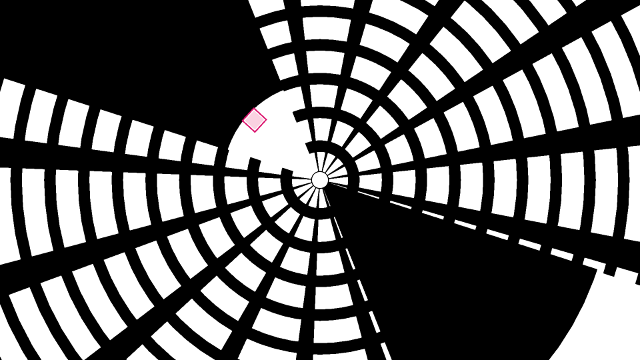 And then the game starts throwing patterns like this at you. 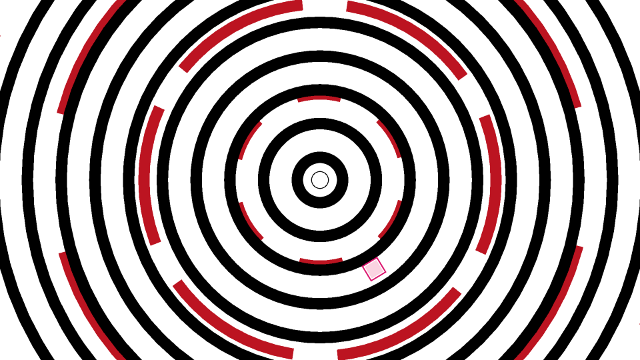 Seriously, there is some really clever visual design going on here as well. If you’re wondering just how many cool things two dudes can do with a piano and a circle of blocks, reader, *have I got the game for you*.

I’m actually honestly surprised there isn’t any sort of Meditation Mode in Expand. It seems like a perfect fit. I’m imagining something like a simple random-level generator: something that would throw an endless set of procedurally-generated simple puzzles at you, just enough to keep your brain occupied at that zen-level while you cruise around the core listening to the music.

Again, though, don’t mistake my talking about Expand‘s relaxedness for me saying it’s an easy game. The puzzles really do get tough at times. The red wall and red block puzzles require really nimble fingers, puzzles that invert white space and black space call on your sense of timing, and when Expand starts messing with localized visibility and invisibility, you better bring some rapid reaction to the table. 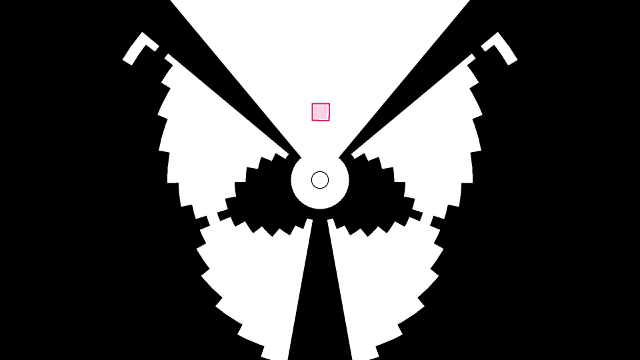 Even the areas that *aren’t* puzzles can feel super threatening at times.

If I had to raise one worry about Expand‘s puzzles, actually, it’s that I can’t quite judge how beatable they are. In my personal experience, there wasn’t anything I couldn’t reasonably handle after two or three tries. But then I’ve also been playing video games for the better part of twenty years, and I would consider myself pretty okay at these kinds of timing and reflex tests. If you’re not, though…

The reason I bring this up is because I don’t think Expand has any allowances for players that fall below its accepted skill level. It’s not a spiteful game, by any metric: if you lose a puzzle, it just sets you back to your last checkpoint and lets you start over. There’s no lives, no score, no judgment, nothing. But simultaneously, I don’t think it will actually help you if you struggle. There are no difficulty levels, or speed settings, or anything like that; nothing to accommodate players who don’t have the particular skill level Expand desires to see.

[Live-action update:] I just tested this theory by going back to an early tricky puzzle and dying like ten times in a row. I was right: Expand makes no affordances for the difficulty I’m having. If you can’t pass a puzzle, you can’t pass that puzzle. And the otherwise chill zen exploration game patiently folds it arms and bars you entry. 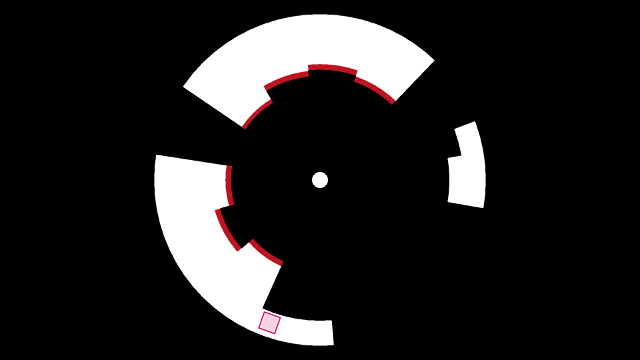 I don’t think it’s being a jerk about it, though. It probably thinks it’s being encouraging. “Come on, you can do it!”

This particular puzzle also highlights that Expand occasionally leans a little too heavy on the old Do It Again, Stupid staple of puzzle design. This puzzle establishes a certain rhythm to things, then suddenly breaks that rhythm in a way designed to kill you — unless you know it’s coming. Other puzzles sometimes pull similar trick. It’s not common enough to really be upsetting, but it’s nevertheless jarring.

That’s what both of these things are, really. Jarring. Expand is such a nice and chill and interestingly challenging game. It really stands out whenever it falls back on bullshit ‘gotcha’ puzzles to ratchet up tension, or when it suddenly becomes super impassable if you can’t quite keep up with its pace. I’d expect that sort of stuff from I Wanna Be The Guy, not from my meditative puzzle exploration platformers. 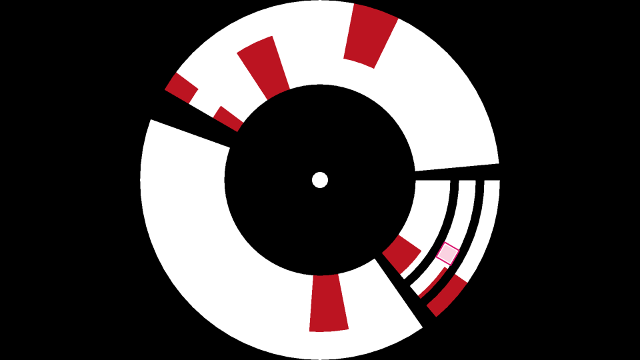 This line of complaint brought to you by: this one puzzle, which I’m sure amounts for a *fair chunk* of my two-hour play time.

By and large, Expand is what it claims to be: a fancy audiovisual experience of circular-based level exploration. I dig the puzzles, I think there’s some clever design ideas at work here, and I pretty much adore the aesthetic. It works so well. In fact, here is how well it works: I just took a screenshot of my collection of Expand screenshots, and even on that meta level it still looks really rad.

I’m so meta, even this screenshot…

I can’t deny that the inflexible approach to difficulty is jarring, though. I know a lot of my readers and friends find this sort of hard reflex-based progression gating incredibly frustrating. And it’s strange that a game otherwise this accommodating wouldn’t include anything to prevent progression block. And it’s not like Chris & Chris aren’t aware of this; the Expand press build I was playing explicitly contain ‘level skip shortcut keys’. So why not build something like this into the game proper?

I mean, maybe there is. That’s the peril of press builds, I guess. If full-release Expand does take player skill levels into account, obviously ignore all the complaints I have about that element.

If it does — or if you’re confident enough in your own abilities not to be worried — Expand is a pretty nifty two-hour experience. And for only six Steam bucks (or ten for the Soundtrack Version) I’d definitely recommend you take a look. 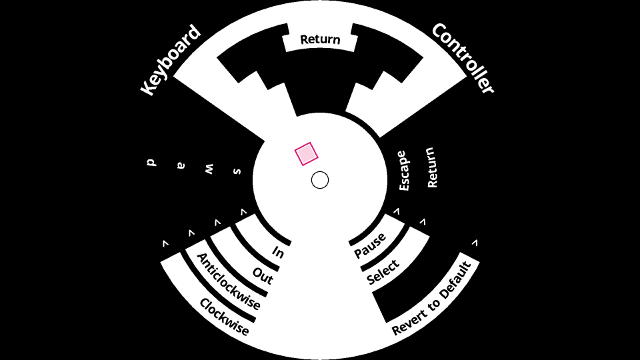 Just, you know… next time, maybe not keep your slow zen metaphor intact in the Options screen. Really.

Jarenth has no good quips to end this review on. Expand is just too *calming*! Suggest jokes for him on Twitter or hang out with him on Steam. And if you dig Indie Wonderland and Ninja Blues in general, why not consider supporting our Patreon campaign?