I enjoy the early stages of these kind of stories. There is just something I find compelling about trying to meet some of the very basic necessities like food, water and heat. Though of course in this case I completely ignored the need to find water in favour of exploring the plane for supplies. This predictably end well.

I am already getting the idea that in Dyscourse, progress can only seem to come from Rita which immediately makes my opinion of the rest of the party drop. If they feel useless I am going to find it much harder to empathise with them and work to save them. It may be kind of heartless but seriously, give me a reason to care.

Hey, you all remember Worms? The game you and your friends played decades ago where you’d take turns hopping around as a worm and shooting other worms with deadly and explosive weapons? Of course you do. What a fun game that was! I remember spending multiple days on end with a good friend of mine, creating custom match types and playing over and over, toying with all the different weapons and abilities and seeing what hilarious and even intense shenanigans would occur.

I played the latest Worms game a few years ago with some friends and what I found was depressing — the old formula I loved had aged like milk. A 30 to 60 second turn for each person used to be a nail-biting experience wondering what would go wrong or who would explode next, but now it’s a long time to wait for one unit to attack another, or more likely, to miss and hit itself or nothing. What used to be almost nonstop laughter now feels like dragging out a relatively straightforward battle into a tortured process of trying to shoot and then trying to hide, which isn’t helped by the now-awkward control scheme that hasn’t been sufficiently tweaked in its various iterations.

What I’m trying to say is that Worms as a franchise is utterly obsolete. Gaming has come such a long way that the old clown is no longer fun or funny. But the Worms dynamic — the premise of a couch party game appealing via cartoon-violence slapstick comedy with cute little animals shooting each other — is not obsolete at all. In many ways, its legacy lives on in this summer’s Steam hit Duck Game.

END_OF_DOCUMENT_TOKEN_TO_BE_REPLACED

Much like Jarenth, I too backed Dyscourse, but I then didn’t get around to actually playing it because it released at around the same time as a number of other games I kickstarted and I knew I wanted to do a let’s play at some stage.

So here we are, one of a small number of quirky survivors of a plane crash attempting to survive on a very strange island. We have our frying pan, we have some pretzels, we can do this. We can save everyone.

I backed Jay Tholen and Jolly Corpse‘s Dropsy on Kickstarter a long time ago, in the heady heydays of late 2013. I don’t fully remember why: my long-term memory being what it is, any time frame longer than three months ago might as well be called The Olden Days, The Long Long Time Ago. But I do remember seeing a colourful game palette, a focus on smiling and hugs, and a terrifying monster-looking clown.

Which, in fairness. That’s all clowns.

I threw money at Dropsy, and then forgot about it entirely, save for the occasional bi-monthly Kickstarter update. And then suddenly — suddenly — it’d gone gold. Suddenly. Probably less suddenly if I’d actually paid attention to the contents of those Kickstarter updates. But hey, memory.

The long and the short of it is that I now find myself in possession of a brightly coloured happy huggy scary clown game. And what kind of writer would I be if I didn’t share that joy with all of you?

END_OF_DOCUMENT_TOKEN_TO_BE_REPLACED

Apologised for my voice in this one, I recorded it while pretty ill this weekend, I guess I will ramp more slowly back into production than initially intended. Just before I went away, inxile entertainment released the second Alpha Systems Test for Torment: Tides of Numenera. This time with a couple of scenes focused on the exploration mechanic. It has a couple of puzzles, multiple scenes, companions and conversations. It again spoils some of the very early portions of the game, all of these tests are meant to feature parts from quite early on.

One of the things I am really enjoying about this process is seeing how they are translating the Cipher system to the PC. They are clearly using the same basic system for the checks I have seen so far, the test has a difficulty (which corresponds to a multiple of 3), the difficulty level is modified by traits and skills that you have and finally you can expend effort to reduce the difficulty of a test further. Since the scenes displayed so far are very short there is no reason not to just spend your points as quickly as you can. I suspect this will be different in the full game. I am pretty keen to see how combat will work in Tides.

I also like how we get to see more of the world in this one. The game takes place an unimaginably long time into the future. Earth in Numenera has been host to at least 8 world/universe changing civilizations before the game starts, each having risen and made its mark before falling for some reason or another. Nothing is truly natural or unchanged, even the very dirt itself contains signs of previous civilizations. From the very first scene transition you can see that too, the layers of strange ruins of buildings and craft, diverse and distinct as if no two of them were made by the same hands, with strange devices and objects of no clear purpose. Maybe some of them will be useful, maybe some won’t.

All that said I can definitely understand why they are careful talk about these releases as Alpha Systems Tests. They wear their incompleteness on their sleeve, from the interface to the characters to the easy way in which the text will break the fourth wall. While they expect these releases to be played, they only expect the most invested players to do so literally given that the cheapest tier that included it was $125US and anyone else has to fork up another $10 for the privilege. Conveniently enough I think they are interesting and will probably check out each of the tests as they come out.

Heya, readers. Sorry, there’s no Indie Wonderland today: I spent all of last week hosting an international guest and basically painting the country red, and as such, I didn’t have the time to really play anything for the column.

I mean, I played some of this game, but this is hardly an indie game at all. 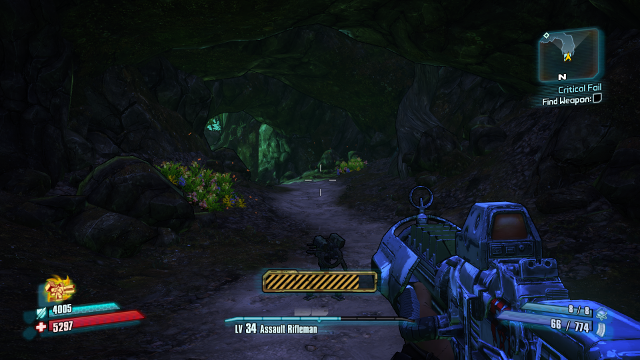 It just had a bunch of random guns and some weird story about handsome dragons.

And I played some of this game, but that’s not even a computer game. 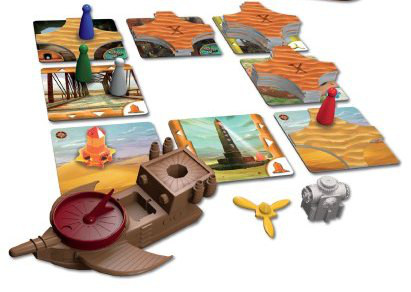 Look at this horrible low-tech wood and cardboard affair.

I also spent some time in this place, which I guess has some games.

If you’re going to that place for the *games*, though, you might be doing it wrong.

But I have no idea how I’d incorporate this thing into here. 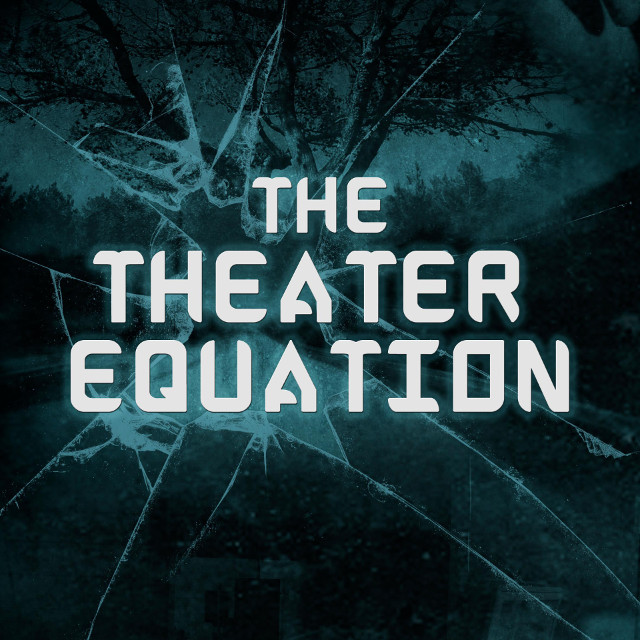 So I won’t. If you don’t know what this means, you wouldn’t care anyway.

So, once again, sorry. I was going to put up a warning earlier, but then I realized I could get some easy sight gags out of the whole deal instead.

Big Pharma. Big Pharma. Of course I’d go for being Big Pharma. There’s no point in being Small Pharma, is there? If I’m not getting the power to slap troll patents around, and suppress the cure for cancer solely for kicks, giggles, and profits, why even bother in the first place?

Okay, that went too real for a moment. The reality of the situation is that I got my hands on Twice Circled‘s medicine factory simulator because it looks shiny and colourful, and because I haven’t done anything with conveyor belts in way too long. The power to dictate the health and happiness of an entire virtual world — if that’s even included — is just a neat little side effect.

END_OF_DOCUMENT_TOKEN_TO_BE_REPLACED

Those of you who know game designer Mike Bithell probably associate that name with his magnus opus, and formerly only opus, the colourful block-jumping puzzle platformer Thomas Was Alone. The latter gathered quite some praise on account of its gameplay, graphical design, and storytelling through soothing narration (almost a year before Bastion would use the same tactic), turning the former into a name to be watched. How would Mike Bithell iterate on the indie darling success of Thomas Was Alone? What would his next move be? The world waited with bated breath.

Well, unless — like me — you follow Mike on Twitter. Because it was pretty hard to miss the process in action, there. Bithell Games’ next step was to draw in some additional talent, artists and sound directors and voice acting talent big and bigger. And all that talent was then used, over several years, to create Volume. An ‘unapologetic stealth action’ game.

Hey, have you guessed yet what this column is about?

END_OF_DOCUMENT_TOKEN_TO_BE_REPLACED

You know what, readers? I was actually a bit hesitant to cover Amplitude Studios‘ Dungeon of the Endless. I only have a self-appointed week to play and write about the games I pick, as most of you probably know. And that’s usually not a problem; I’m fairly confident I can get a good handle on most stuff inside of a week. But an endless game?

…Okay, that might be the silliest opening I’ve ever gone for. In actual truth, I’ve had Dungeon of the Endless around for a while. The real reason I was hesitant to cover it is because I felt it had a lot of overlap with another game, a similar-sounding game, which I was considering writing a Let’s Play of at the time. And, on that side note: more Jarenth Plays news is coming soon, fans!

Anyway: the imagined Let’s Play project hasn’t materialized yet, so I kept Dungeon of the Endless around for particularly slow or busy weeks. And hey! Here we are.