Something else the game will keep nagging you about is the combat. The game sticks to the Mark of the Ninja formula of never putting you through forced combat segments, except for precisely one terrible boss fight near the end, but if you get caught during stealth and decide not to immediately load the last checkpoint, there’s an entire combat system built mainly around timed button presses to dodge shots and counter swings. Whenever a new enemy is introduced you’ll usually get put into a forced tutorial where you’re told (say) how to deal with shielded enemies, or how to dodge ranged attacks, and then you’ll be forced to demonstrate this three to five times. 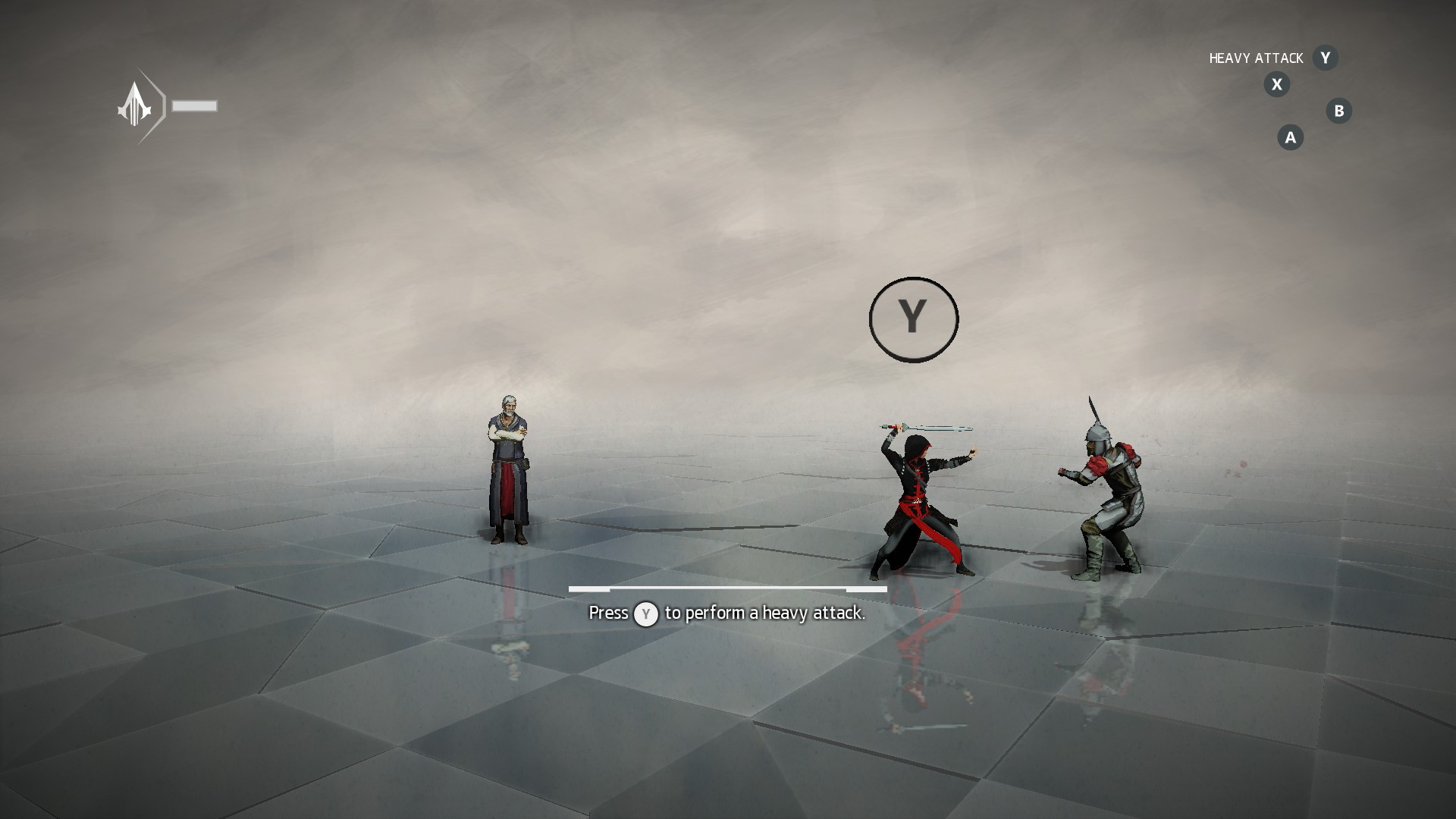 It feels really strange not just that you’re forced into a public-education-system-style tutorial over and over, but that the game put so many details into its combat in the first place when it actively discourages you from engaging in it. Like with MotN, you get a score at the end of each level, and you’re rewarded much more if you never get caught. And combat only happens if you get caught.

MotN’s combat was unintuitive, punishing, and unsatisfying. You basically just mashed a button to hit enemies until they fell over and then stabbed them on the ground as a finisher. If you were up against more than one enemy you would probably die, since there was no way to dodge gunshots aside from escaping the enemy line of sight. This all might sound like complaining, but it was all intentional and worked to the game’s benefit — the combat was your punishment for getting caught. You weren’t supposed to like the combat, because you weren’t supposed to want to be doing it in the first place.

By comparison, AC:China feels like it can’t decide if you want to fight enemies directly or not. On the one hand it tells you not to, but on the other hand, it keeps adding more layers of complexity to fighting groups of enemies that you’ll probably never fight because you’ve made it your goal to avoid them.

And all this might sound like petty complaining — why complain about the existence of features you’re not using? — but not only do the forced combat tutorials feel pointless and irritating, the lack of focus on stealth makes the stealth itself less fun and varied. As an example, consider enemy types. In MotN nearly every different enemy type had different functions in stealth. (The gas mask guards were immune to poison smoke, the big guys couldn’t be backstabbed, etc.) And at the end-game you got the rug pulled out from under you when the game threw enemies in that were just as quick, acrobatic and lethal as you. It forced you to take extra precautions and to solve problems using every trick up your sleeve.

In AC:China, almost every enemy type functions exactly the same when not in combat. They follow their patrol patterns until you stab them. There are shielded enemies, but their shields only help them in combat. There are armored enemies, but that armor doesn’t protect them from backstabs. There are ranged enemies, but they won’t be shooting you when you’re in stealth. The only exception is the guard type that has a lantern — if you’re hiding in a shadowy background hiding place, he’ll spot you there. That adds a bit of variety, but not much.

Lastly, and this is probably the least important point but it still matters to me…

I never had high standards for the writing in Assassin’s Creed games, but man, this game. It goes for the same basic character arc that Assassin’s Creed 2 did (main character suffers family death, goes after bad guy for revenge, discovers that revenge is bittersweet, becomes wise assassin organization leader) but because of lazy writing, a tiny scope and lack of depth, that arc comes completely out of left field at the very end. Most of the game is spent on one singular objective that’s dangled in front of you like a carrot on a stick and any twists and turns that occur feel contrived and redundant. 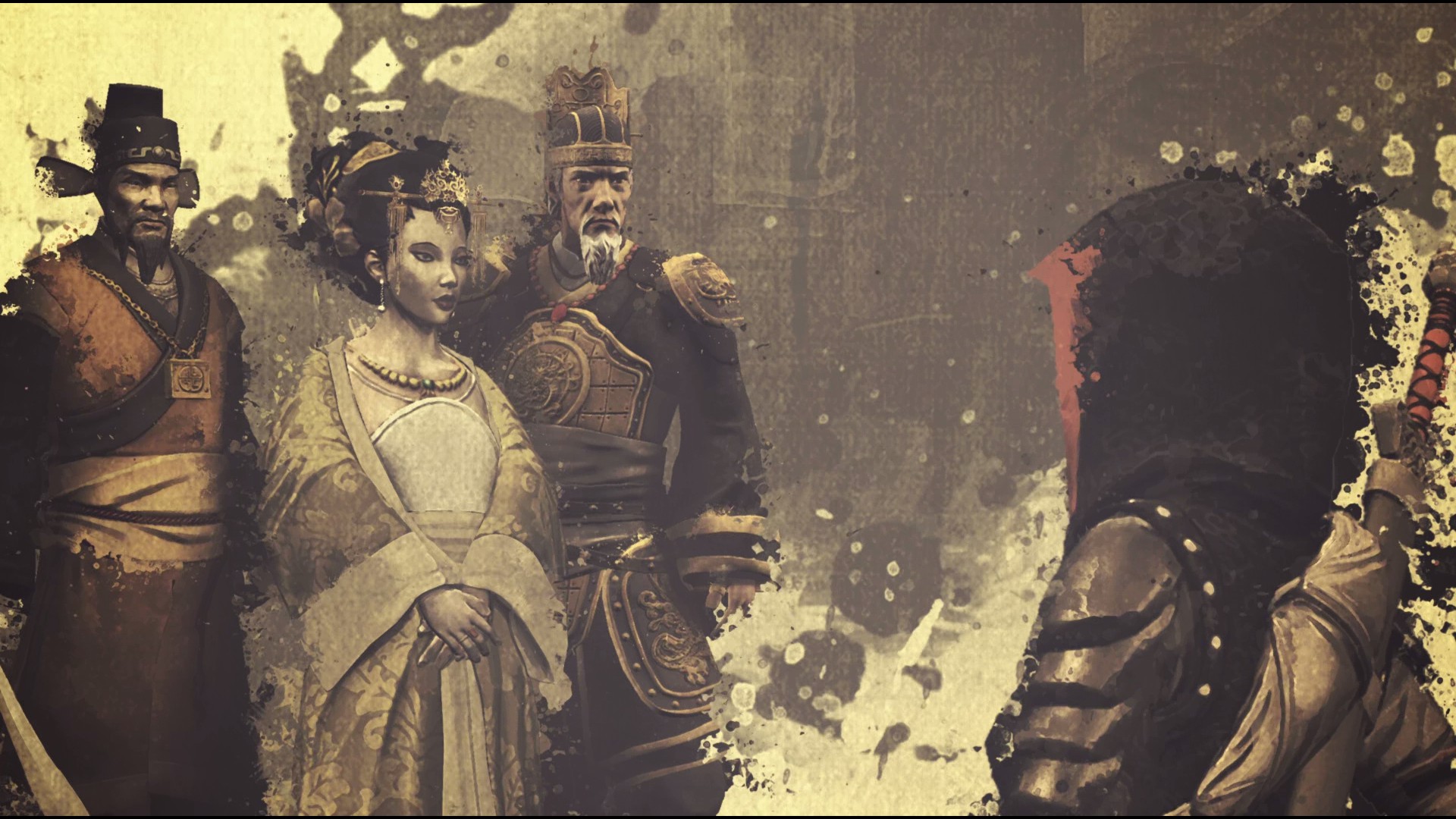 Just to illustrate: Around eight levels in, a new character is introduced via the main character monologuing about how she used to be her best friend when she was growing up as a concubine. Yeah, telling without showing, but it gets worse — at the end of that very same level you run into the game’s Big Twist, which is that the character it just introduced has betrayed you. GASP! It is the most lazy, contrived, insipid, bullshit plot twist I’ve run into in years. And that’s how all the writing in this game is. Whichever dev decided to write all the dialogue during his lunch break clearly did not give two fucks.

I’ve heard people say MotN’s narrative was boring and derivative, but if you ask me, it was at the very least tonally and thematically solid. Every twist and turn in the story worked to service its theme of deception. MotN depicted a dark world of secrets, betrayals and skepticism, where you can trust nobody, including yourself. Yeah, it toyed with a number of “video game tropes,” but the core theme of deception fit perfectly with the core gameplay dynamic of deceiving enemies.

Comparing that to AC:China’s laughable attempts at story is like comparing a brick house to a Lego house. This really isn’t a deal-breaker, since dialogue only happens at the beginning and end of each level and you can safely ignore it all, and maybe I’m just bothered by it because I have some experience in writing, but it’s certainly awful enough for me to want to mention it. 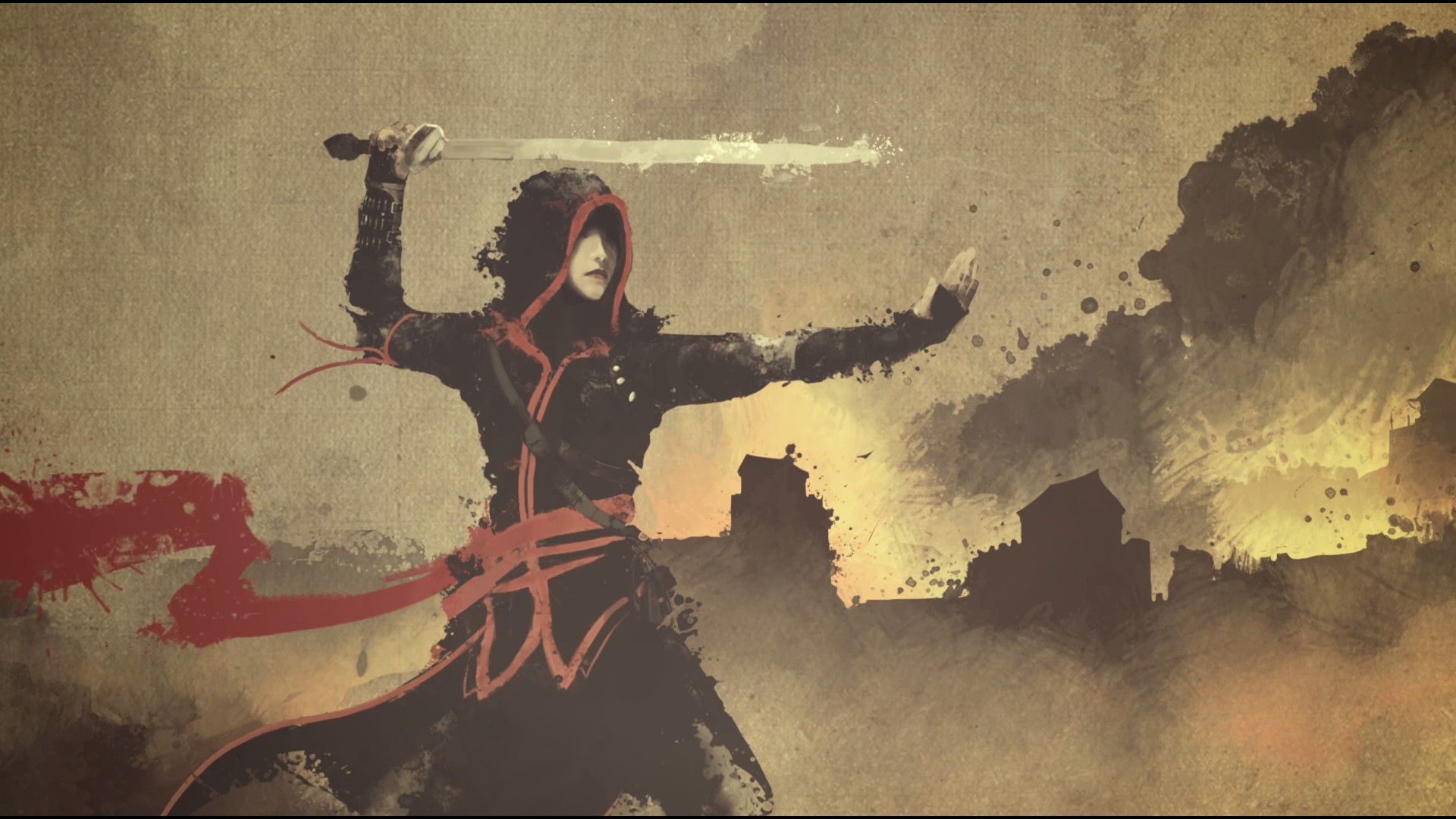 Assassin’s Creed Chronicles China Of The Ninja is not a terrible game. The stealth is quite fun at times! If you’re an Assassin’s Creed fan you’ll probably find this game small but tight and refined. But if you’re a Mark of the Ninja fan, this game will prove to be less varied, less focused, less coherent, less challenging, less interesting, and on the whole less engaging. It could have been worse. It’s certainly pretty to look at — it shuns quasi-photorealism in favor of a sort of watercolor painting aesthetic, and I really dig the protagonist’s character design — but it’s hard not to walk away feeling underwhelmed.