1. Weekly League streams! I brought this up in our Volgarr the Viking stream yesterday, but I’ve been thinking for awhile about doing a regular gaming stream. I’ve also been meaning to get back into League of Legends, which I like quite a lot, have spent too much money on, but haven’t played regularly in months. Val plays it almost daily and whenever she tells me about it I just think about how much better I could have been getting all this time.

The problem is that with my unpredictable work schedule (I’m a cashier), there isn’t really any time during the day that I can say I’ll almost always be free except on Saturday, and that’s when we usually either stream something random or record a podcast. The only time I can assuredly say I’m free is at 11:00 PM or later. And I’m alright with a nightly stream, but I don’t know how many of you could make it to that, especially since some of you don’t live in America.

2. Val’s gonna stream this Saturday! She’s decided to play one of those old Jedi Knight games. Which one will it be? Will it be Jedi Knight, the 90s shooter that had a lightsaber in it? Will it be Jedi Outcast, which downplayed the shooting in favor of frantic lightsaber flailing? Or will it be Dark Forces, the Star Wars themed DOOM clone that didn’t have Jedi Knight in the name and thus make the series confusing to talk about? I dunno. Whichever, though, there will probably be lightsabers.

We’ll give the time and a link to her channel on Friday. It won’t be Ninja Blues Official™ but she’ll be there, I’ll be there, and Jarenth may or may not be there.

Ninjustin here, and we’re doing our first stream of 2015! Same time (2:00 Central, meaning about 20 hours after this post goes up), same place (our Hitbox channel), I’m going to be streaming Volgarr the Viking. Some people have likened the game to a 2D Dark Souls, which is fairly fitting, since I greatly enjoy the challenging core gameplay but find many elements to be frustratingly bullshit.

So, basically, hop on tomorrow to watch me die a lot and get really angry!

In the last episode of Jarenth Plays Beyond Earth, what started out as a nerve-wracking twist worthy of a second-rate Tom Clancy novel turned into a pretty solid victory for Team Franco-Iberia. No, really! Math’s on my side here: I went from one city less than I started with, to an equal number and makeup of cities, to one city more, all in the span of about seven turns. And I got to mock Hutuma’s poor situational awareness and overly optimistic planning, too. I don’t know how things are where you’re from, but over here in Franco-Iberia, that’s cause enough to break out the celebratory whisky.

END_OF_DOCUMENT_TOKEN_TO_BE_REPLACED

Hi, Internet! A little late, I suppose, but here’s our 2014 denouement. We talk about what games we played most in 2014, and trail into several tangents. Fair warning: this one’s just above an hour and a half long. It’s longer than usual for us because we talk about many different games and topics instead of (mostly) sticking to one.

And as promised, here are the shitty graphics. 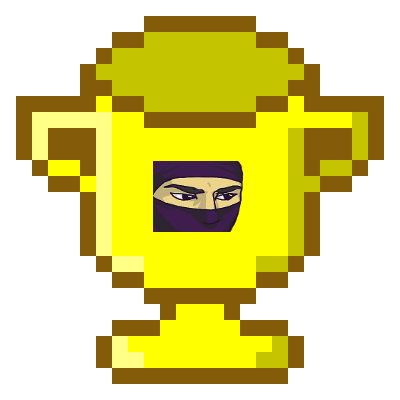 And the Ninja Blues Ninjustin 2014 Award goes to… This War Of Mine!

Note from Ninjustin: To some it might just feel like a war-themed typical survival game, but This War Of Mine really felt beautiful, melancholy, and impactful to me. When you play This War Of Mine, you’re not experiencing one of a few pre-written story arcs carved out by a team of writers. What happens before you is your story, full of characters that you’ve either directed or dealt with, and you suffer their grievances and celebrate their catharsis. 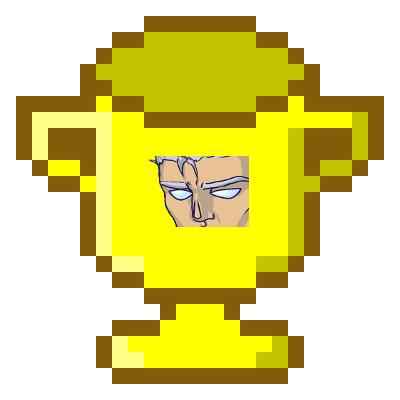 Jibe from Jarenth: I should probably play This War Of Mine sometime, huh?

In all seriousness: I don’t know if there’s anything left for me to say about Divinity: Original Sin. It’s great, and glorious, and amazing, and horrible, and broken, and dumb, and everything in-between. It took almost six months of my life to play through it, and they were simultaneously the best and worst months I’ve ever spent on a video game.

In lieu of adding something meaningful, then, I instead give you this: an origami dragon I folded in honour of Divinity: Original Sin’s final boss, the Void Dragon. 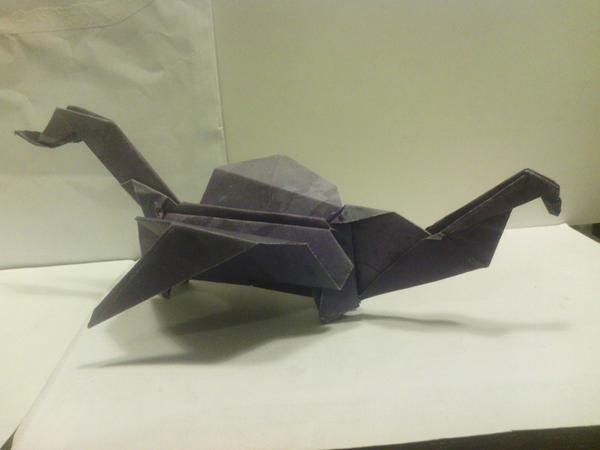 Basically a mirror image of the in-game original: blocky, overly angular, broken, and it took me way too long to finish it off.

Happy 2014, Divinity: Original Sin, you magnificent bastard of a game. Never come by my house again. 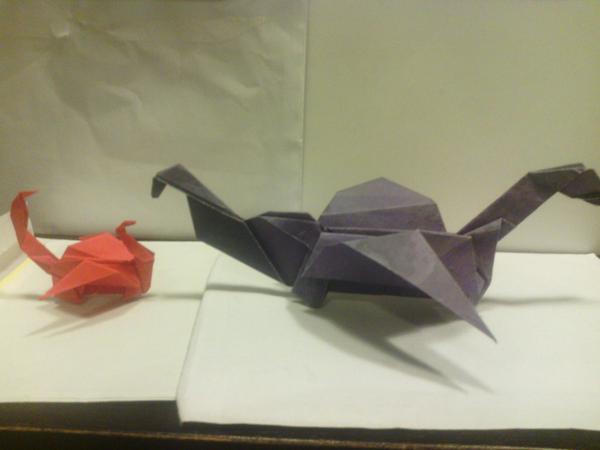 Think I’ll stick to smaller dragons next time around.

(Hey everyone! As mentioned in this earlier news post, what you’re seeing right here is the first episode of Thanatos Plays Dragon Age. In it, Ninja Blues-friend Thanatos takes us on a journey through Thedas as viewed by a Dalish City Elf. The gist of it, as he pitched it us, is more or less ‘did you know Elves are the black people of Thedas?’ Dunno about you, but that piqued my interest. So yeah, here you go: read at your own enjoyment, and be sure to let Thanatos know what you think in the comments below. — Jarenth.)

The story goes thusly: Dragon Age: Origins is kind of an awesome game that most, if not all, of you have probably already played. Published by Bioware in the November Chaos of 2009, back when I was actually *still in the military*. For me, Dragon Age is notable for two distinct elements:
One, it is a fantasy setting where I do not reflexively hate Mages, as magic is pretty consistently presented as more of a genetic curse than it is a blessing anybody can achieve though rigorous study. And two, it made Elves something *other* than pointy-eared Mary Sues living in Treetop Villa of Being Super-Awesome while they arrogantly pass judgment on all the lesser races.

END_OF_DOCUMENT_TOKEN_TO_BE_REPLACED

Heya, cool people who know where it’s at. Three bits of Ninja Blues Site News for you today.

One: given that Jarenth Plays Beyond Earth has been going on for quite a while now, we’ve updated the Let’s Play overview page to include a running episode tally. For those of you who really wanted to go back to earlier episodes, but, like, without the hassle of scrolling back three pages, here’s your chance!

Two: we’ve updated the About Page with some more contact information. Raise your hand, everyone who knew before today Ninja Blues totally has a gmail address. Yeah, that’s what I thought: not seeing any hands from where I’m sitting.

Three: While Ninja Blues is primarily Jarenth and Ninjustin, we’ve always maintained an open-to-interested-guest-authors stance. And guess what? A few weeks ago, it occurred that a mutual friend of ours who goes by the name of Thanatos was toying with the idea of writing an interesting-sounding Dragon Age: Origins Let’s Play. And that he was mostly held back by lack of a good place to put it online. So, long story short: Thanatos Plays Dragon Age starts today, here on Ninja Blues, and will be running every Wednesday for the foreseeable future.

Oh, and four: there may also be some light streaming this weekend. Stay tuned.

In the last episode of Jarenth Plays Beyond Earth, I… seem to have lost my capital. I think? I’d love to explain it more clearly, but I’m honestly struggling to grasp for myself what the hell just happened. Seriously, what is this? All I can tell is that my capital city turned green, and also, that it’s not my capital city anymore. Beyond Earth blares warning after warning at me, about broken city connections and failed quests and intrigue levels and killed covert agents, as I sit in my chair, stumped.

END_OF_DOCUMENT_TOKEN_TO_BE_REPLACED

Alright! Time to get back into games that aren’t glorified picture books. And not a moment too soon, let me tell you. I haven’t used my critical gaming skills for so long I fear they might be starting to atrophy. My actions per minute have slowed to a crawl, I haven’t 360-noscoped anyone for the past year or so, and I don’t even remember what a K/D-ratio is. I’m sure I was about three kinetic visual novels away from my Steam account evaporating entirely.

Given that I’ve been on this low-mechanics diet, it’s probably a good idea if I ease myself back into games with actual mechanical depth. And if I could hold onto the interesting storytelling aspects of good visual novels for a little while longer as well, that’d be lovely. Enter Never Alone, or ‘Kisima Ingitchuna’, a joint venture between Upper One Games and several dozen elders and storytellers from the native Alaskan Iñupiat people. Part platforming game, part cultural learning experience, it came highly recommend by my friend Varewulf, who suggested I should probably play it ‘before winter is over’.

And here we are.

(Game source: bought it myself.)

END_OF_DOCUMENT_TOKEN_TO_BE_REPLACED

In the last episode of Jarenth Plays Beyond Earth, I handily defeated Daoming Suchong and PAC in this war of ours, using a combination of my significantly more advanced army and my well-equipped military allies to deal a serious blow to her tiny nation by conquering one of her three cities. This also led to a moment-of-clarity of sorts, where I realized that, hey, I’m not really the hero Terra Atlantea deserves, huh? It was a revelation as sudden as it was shocking, and for a moment, it made me reconsider my entire stance on life, conquering this planet, and everything. Maybe… maybe it doesn’t have to be this way? Maybe I can steer away from this path of wickedness I’ve embarked upon, renounce my evil ways, make friends with everyone, and lead the collected colonies to a bright, happy future of sunshine, smiles, and alien friends for everyone as far as the eye can see?

Or, you know. Maybe not. I mean, it’s not like these jerks wanted to be friends with me, anyway.

END_OF_DOCUMENT_TOKEN_TO_BE_REPLACED

In the last episode of Jarenth Plays Beyond Earth, my resentment over both losing the Master Control to Daoming Suchong and PAC’s rapid rise through the point ranks in general made me decide that war, huh, good god y’all, would in fact be good for something. And while I may not have the sizable army required to effectively fight another colony nation, and I don’t have the patience to build up such an army for several hundred turns while PAC steals even more and more Wonders and advancements from me, at least I do have… err… really cool robot-looking soldiers?

I’m not saying I’m banking on the idea that Daoming sees my cool robots and immediately surrenders her whole faction to mine just so she can get a better look at them. But I’m not ruling it out entirely, either.