Do you want me to talk about Dragon Age: Inquisition today? Well fuck you.

Just about all my online video gamer friend people have been talking about Dragon Age lately, on Twitter and the like. I really want to share in the enthusiasm, but that desire is crushed by my utter apathy for the franchise. I just do not care for Dragon Age in any way, shape or form. I own the DA:Origins Super Edition or whatever, the one that comes with all five thousand DLCs, and I played maybe a third of it before I tossed it aside. I tell myself I need to give it another chance, but man, just thinking about watching those elves and dwarves talk about the evil bad guy invasion while showing all the passion and emotion of an accountant filing his client’s tax returns makes me sigh in exhaustion. 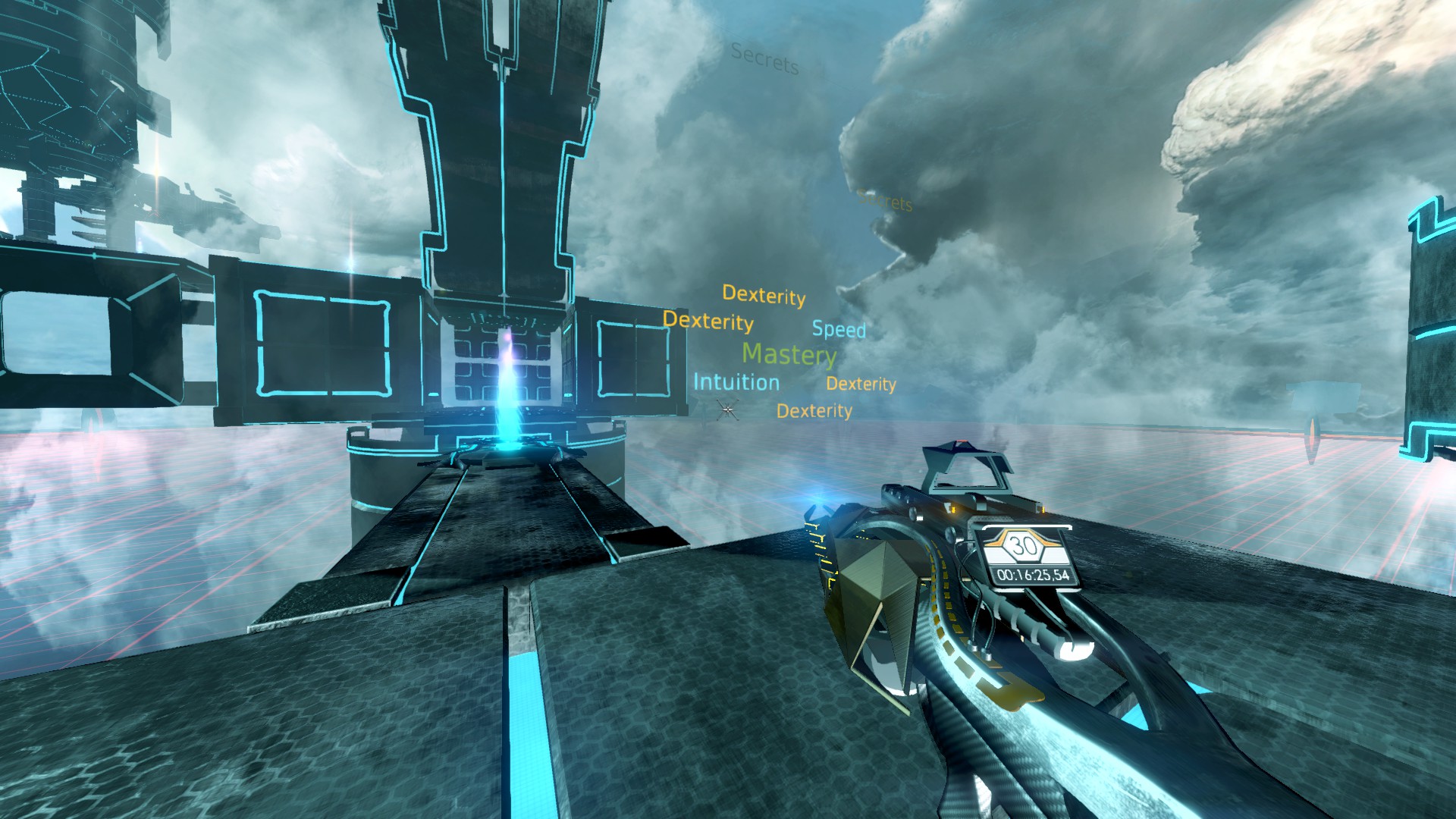 This right here is a great example of a game that’s hard to pitch. Deadcore is a first-person platformer that emphasizes high speed, precision, and disorienting powers, combining these elements to form challenges that are both brutal and confusing. It’s pretty much become common knowledge that first person platformers (sans Mirror’s Edge, which is less traditional platforming and more parkour) are a damned genre from the late 90’s. Everybody hates them, and everybody dreads when a platforming challenge or “jumping puzzle” comes up in a retro game.

But here’s the thing: I fucking love this game.

I love dashing from floating platform to floating platform. I love that the limited perspective makes it harder to judge jumps. I love carefully landing in a safe place after dashing between several different floating platforms while dodging death lasers, and I’m totally fine with dying a dozen times in the span of a few minutes to make it through. I had a blast with this game, even though I know that statistically you probably wouldn’t. 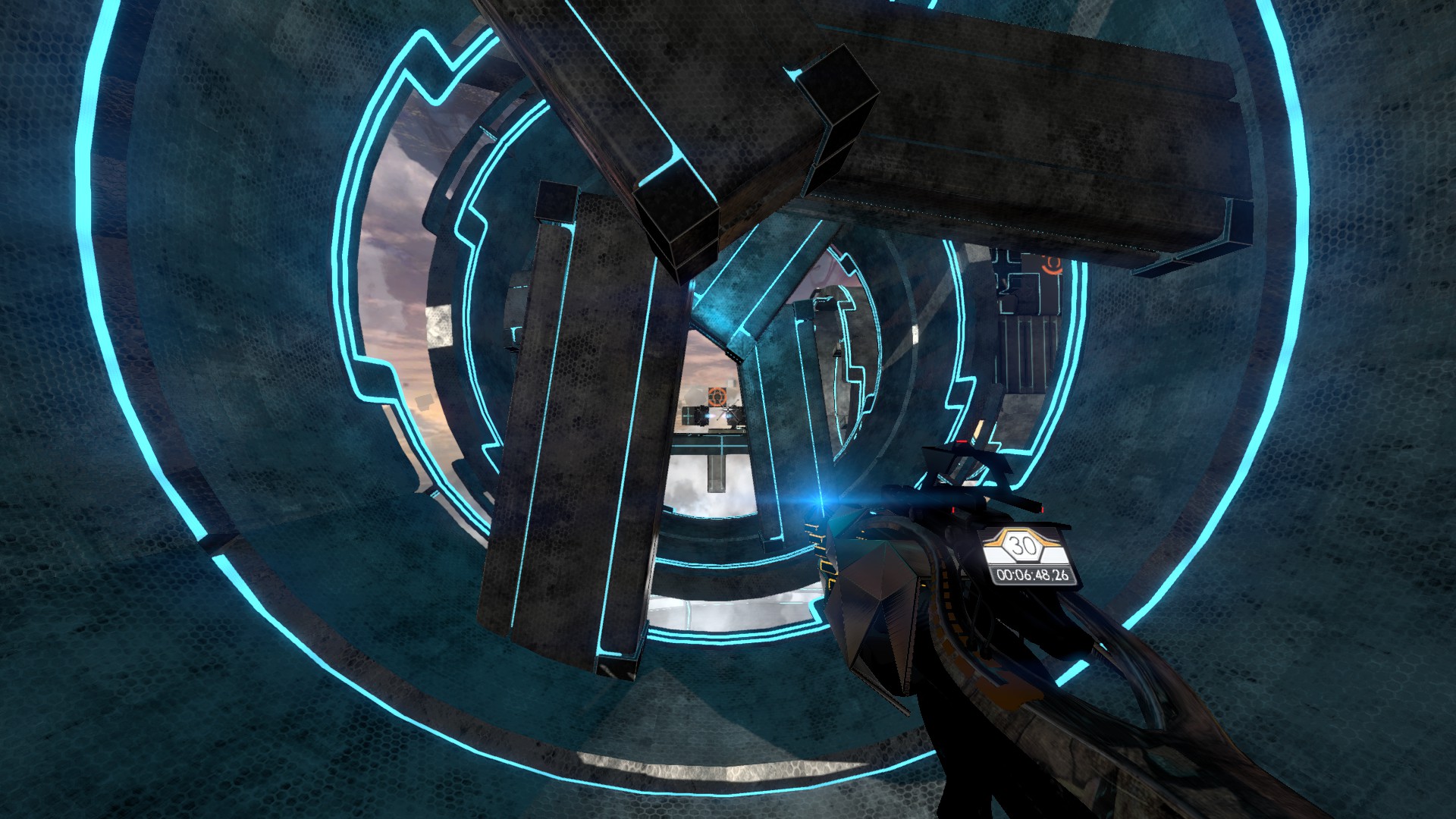 There is a gun, as you can tell from the screenshots, but the gun is used less for fighting off enemies and more for activating environmental objects. There are these big buttons that cause platforms to move, hazards to temporarily disappear, and so on, and you fire at buttons to press them. This turns the shooting into a platforming power rather than a weapon, and I love that. There are robot enemies that attack you, but this game is not about the combat — it’s about traversing the levels, and the enemies are just obstacles that you face alongside death lasers and rotating columns.

The checkpoint system is usually very generous, and it comes in the form of circles on the ground that you step on. There’s no loading screen when you die, and in fact when you see that you’re falling to an inevitable death, you can just hit the R-key to instantly respawn. This gives the game a wonderful Super Meat Boy sense of fast, kinetic pace. It doesn’t matter if you keep dying — just keep moving, keep trying, and you’ll make it. 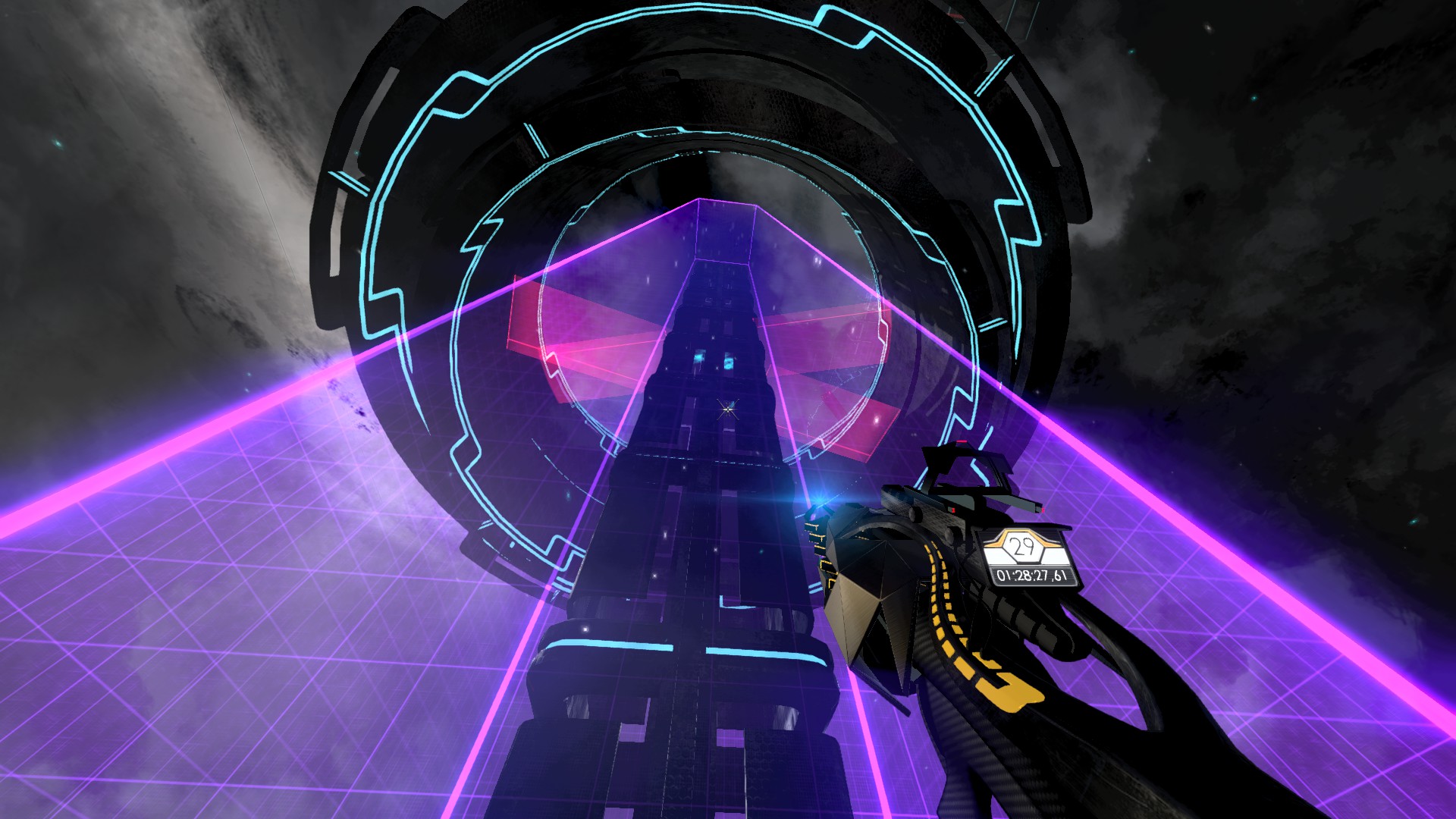 One feature I’m ambivalent about is the gravity shifting. There are these big semi-transparent purple cubes in the game that shift gravity when you’re in them. They’re necessary for many of the late-game puzzles, but they’re extremely disorienting to the point where I literally became nauseous. That’s partially because the direction of gravity shifting depends on the specific cube, and you can’t tell where it’ll send you until you enter it. Sometimes it’s obvious, but sometimes you’ll switch gravity multiple times while walking from cube to cube and then you’ll realize you don’t even realize which way the actual ground is anymore! That’s just as confusing as it sounds.

But while that really threw me off at times and made me feel ill, I still enjoyed it somehow. I still kept playing through the game, and I still beat it without feeling a hint of regret. Deadcore makes me feel a strange sort of sublime ecstasy, similar to when I play Mirror’s Edge or Dustforce. Considering it uses gameplay mechanics very often maligned by gamers at large, I think it has a lot to say about me and the weird niche I apparently exist in. I really dig moving at fast speeds and high altitudes, maneuvering carefully in abstract, aesthetically pleasing environments. And like with so many other cases, the indie gaming world can fill this niche while the mainstream games industry ignores it.

Deadcore is $10 on Steam, if what I’ve said somehow made you interested in it. It’s not for everyone — in fact it’s probably not for most — but I can’t be the only one out there who digs this sort of thing.

Ninjustin is really sorry he went for over two months without writing a Talk of the Ninja post. Yell at him for it on Twitter or Steam. He’ll get back to that Mark of the Ninja LP, though — he promises!